For the last few years, my biggest fear in life has been “Boy, I hope I don’t die before Infinity War and Unnamed Infinity War Sequel!”. My whole life has been leading up to this, and the thought of missing it is just… just the pits!

Well, Avengers: Infinity War is a hair over a month away thanks to an extremely nifty move up on the release date, and while I could absolutely still expire before it releases (and then there’s a-whole-nother year before the sequel…), it seems promising that I’m going to get to live out the coming of Thanos to the MCU Earth as he seeks the Infinity Stones.

With all of the buzz and the trailers and teasers that have been released, everyone his getting in on the “What’s going to happen?!” action, and far be it from me to withhold my thoughts on such matters. After all, if I’m right about any of these, I want to be able to crow about it!

That being said, here are my five (5) predictions for Avengers: Infinity War!

5. The Soul Stone won’t be revealed until the very end [credits]… if at all! 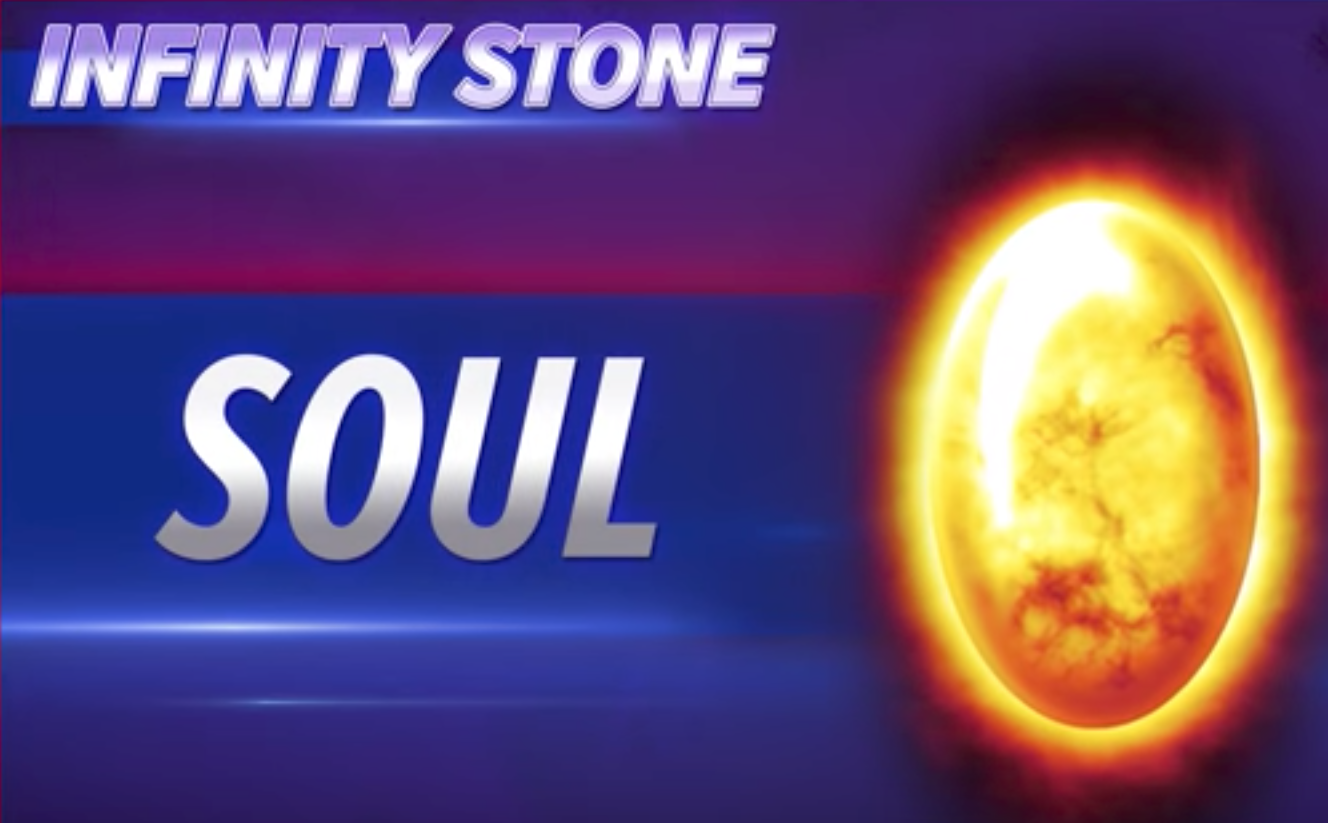 A lot of folks expected the Soul Stone’s location to be revealed in Thor: Ragnarok. When it wasn’t, all eyes turned to Black Panther… only, it didn’t show up there, either. With the other stones all revealed at various points in the last several years… what gives?

I think at this point, the Soul Stop is going to be the huge MacGuffin of Unnamed Avengers #4, with Thanos accruing several of the stones in Infinity War, but still being turned away by the forces of Earth after a bloody battle with casualties on both sides. Realizing the Gauntlet is too incomplete to give him the power over all that he craves, Thanos will then need one more movie to seek out the stones he didn’t yet collect… including the still-mysterious Soul Stone.

A lot has been made of Chris Evans looking at life post-MCU and “that scene” from the trailer showing Cap facing down Thanos and his two stones (err… his INFINITY STONES. Come on!). The obvious conclusion everyone is drawing here is that Steve Rogers is biting the bullet next month, but this has “MASSIVE SWERVE” written all over it to me. It’s just too obvious. And while Cap may not make it out of the two movies alive… I don’t see him purchasing the farm just yet.

Also, what is it Thanos says in the trailer voiceover? “I hope they remember you”? That is the kind of self-realization line best delivered to the Avenger who WILL die…

“I hope they remember you” is the kind of line best delivered to an about-to-die Iron Man, giving him a last chance to ponder his life spent of self-satisfaction, feeding his narcissism, and driving people away from him. Will he be forgotten as quickly as his life of excess is ending? Or will those who knew him understand what he was trying to do? Iron Man doesn’t necessarily deserve a depressing, lonely death, but… it might best fit his narrative to this point.

2. The Guardians Steal The Show

There are a lot of strong, vibrant personalities coming together in Infinity War. There are a lot of mouths to feed as far as the script goes, and a lot of stars wanting to put in their effort. That said, I think the spare-faring ne’er-do-wells, the Guardians of the Galaxy, are the stand-outs of this picture. Both of their movies have been great, and I think with Gamora and Drax having the biggest personal issues with ol’ Craggle Chin, they should be set up for starring roles. In a movie with Tom Holland’s Spider-Man, Robert Downey Jr, and Benedict Cumberbatch… I think the Guardians will be the real feature.

The last one is a pretty basic one. Avengers: Infinity War will finish its theatrical run as the #2 highest grossing film of all time, passing Titanic.

Now, for transparency’s sake… I am historically a pretty pitiful prognosticator. If you have a bookie accepting money for any of the topics I have laid out, ABSOLUTELY go in the other direction because my thinking something is going to happen is the kiss of death. But still… I feel good about these.

Mostly I just feel good about this flick. If I could deliver one message to April 27th? Well…

One thought on “Infinity War Predictions!”

The Neverending Battle against the Thristies

Sun Mar 25 , 2018
I love me some Kool-Aid. Can I get real about that folks? Always have, always will. Like some sort of Jim Jones cultist, I have drank the Kool-Aid and its a tasty beverage. Now, I don’t know if there’s enough content on my love of Kool-Aid to fill an entire […]