We here at Ghosts of the Stratosphere never learn our lessons, and that’s what led to our recently turning off our microphone because we thought we were done for the night… but we kept talking amongst ourselves before parting. We had a wonderful discussion that was mostly Chad and Andy yelling at me, but it’s all lost to the passage of time.

The topic at hand was that Andy had given an A+ on a Read Pile we recorded to a book that, frankly, surprised me. It wasn’t that the book was bad by any stretch, but to me, it was not an A+ by anyone’s standards except maybe the parents of the writer and artists. I was baffled that a book that was pleasant, if ultimately meaningless, was given such a high mark. But we’ll get to why in a minute.

I take no pride in being the hard grader of the Ghosts. But if you look at our grading history, it is easy to see I am typically the most likely to be the lowball scorer of our group. The reason behind that is this: If I am reading what I consider to be an “average” comic–average art, average story, nothing stands out, and while it is perfectly inoffensive, I won’t remember reading it in a few weeks’ time–then that is a C grade to me. C is average; C is the bell curve, so the laycomic is, to me, a C. So if I came out of a book with anything resembling negative feelings, we are starting a BASE of a C-.

To be fair, my fellow Ghosts have turned me around slightly in regards to this area, in that I have given books that were perfectly middling grades higher than the C they theoretically “deserve” based on my standards. I gave the Avengers/Champions crossover a C+ (and was actually the HIGH grader that episode), and the Flash Gordon story a B- )because I didn’t want Andy to feel bad). So I have loosened up a hair. Mostly because, again, I feel bad when I am so regularly our cruelest teacher.

Here is where we differed on that fateful night that we did not record: Chad and Andy both feel that an A+ can be given to any comic that you greatly enjoyed. Whether for one overwhelming reason or a multitude of little ones, their belief is that any book you feel is great can be an A+. This is a completely rational and perfectly viable belief to have when it comes to grading, and if you teach a class of 30 students and they all turn in a perfect test, they should all get an A+. It’s fair, it’s positive, and it’s sensible.

I am few of those things!

I meanwhile, have more of a “You can’t have thirty-five books in your Top Ten All Time books” sensibility, and I feel that A+  grades are more personally sacred. I feel there is a rationing of A+ that should occur (or, in terms of my Stew’s Reviews segment, 10/10 scores). I have long said that I believe that, for me, somewhere around 20-25 A+ books exist. I don’t have such a list–so don’t ask for it–but that’s been the number that exists in my mind. It’s possible there aren’t even that many, but that’s kind of the quota I have established for myself. 20-25 hypothetical A+ books, and anything else that I really love would get an A. This belief causes me to be a little stricter in terms of the aforementioned A+ or 10/10 scores because I have to REALLY consider “is this a book that will stick with me forever, and one I will read many times in my life before I die?”. I can read a book and love that book in that moment, but if I think I won’t ever go back to it, then it’s not an A+ to me. It could be an A–I have no such quotas on A; I could grade a hundred books 9 or 9.5 out of 10–but it’s unlikely to be an A+.

Chad and Andy found this abhorrent. “What if you read a new book that you love? Your list is full!”, they would cry. My response was that the list doesn’t actually exist; it’s just a conceptual number of whereabouts how many I think there should be. But if the list DID exist… I guess I’d bump something off? It’s now an A! No shame in being an A. A is for Awesome.  It’s like… I have my top ten favorite books of all time, but if I read another great one, I don’t have eleven books in my top ten… I just bump #10 off the list. It becomes #11. That’s not so bad, is it?

That said… how terrific would it be if I was super hypocritical right now? 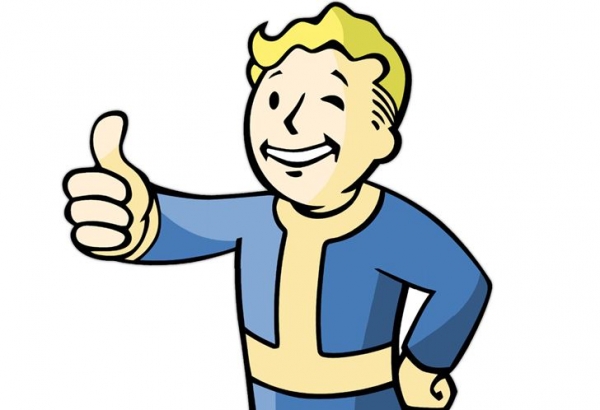 You see… I figured I would top off this article with the first part of a two part “My Ten Favorite Comic Stories Ever”, showing off #6-10. But as I sat down and started coming up with a quick-and-dirty list of my favorite stories ever, I quickly came up with 20 options.

From there, the top 7 were unquestioned gimme’s. And I was able to scratch 5 off the bottom of the list without difficulty. But then I was left with 8 that I was ultimately able to sort, but I felt that #11-15 were worthy of some kind of inclusion. So with that, my Top Ten did, in fact, become a Top Fifteen. Not technically, though! I still ranked them, and have a definitive Top Ten! So these first five are just extended honorable mentions.

YES! Pulling through with my integrity intact based on a technicality! Story of my life!

The last inclusion of merit is this seminal Daredevil tale, considered by many as the single greatest Marvel Comics story of all time. I won’t go that far personally, but it really is awe-inspiring. What Miller and Mazzuchelli do to the Man Without Fear is almost depraved, stripping him of his sanity, his pride, and his world. They take Matt Murdock to rock bottom, then bust out the jackhammers and take him further, just for his excruciating climb back to reclaim his life. If I have an issue with this tale, it’s minimal and that the Nuke stuff at the end feels like the conclusion to a separate story that has no place here. But the ride there is borderline flawless.

This is why I need to get Andy and Chad into manga, damn it. Rurouni Kenshin–and I wish I didn’t like this story as much as I do so when people ask what my favorite series is, I could stop saying “Rerr… Roo… rerr-roo-nee Kenshin? I can’t say it, but it’s good!”–is a wonderfully action-packed, emotional tale of a samurai who has sworn off the bloodlust of his past and now lives only to protect those who need him. The cast of characters is fun, the story is engaging, and the art is beautiful. From what I understand, for transparency’s sake, its creator is a shit human being, but eh. I’m not voting for the guy. His book was still great.

Beautiful. This book is just beautiful. From the art to the dialogue to the way every single thing that happens matters to the heart-wrenchingly perfect ending, this story is just beautiful. I’ve talked about this book before, and it all just works. The best work Marvel has produced in ages. And that last issue… damn. What a punch to the chest. 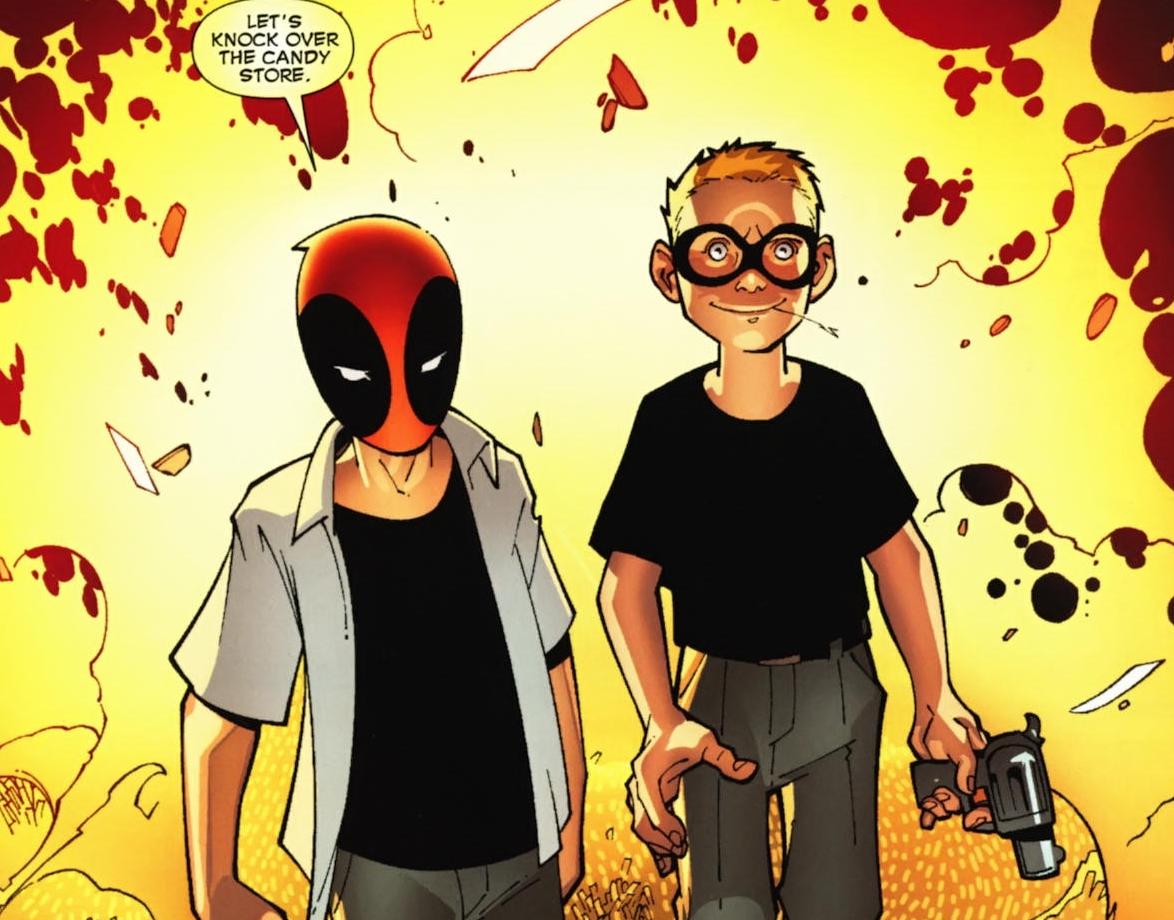 A combination of one of the funniest comic arcs I have ever read AND one of the best comic fight sequences I have seen, this won’t be the last time I discuss this storyline from Daniel Way’s tenure as writer on Deadpool. Way’s run, though I love it as a whole, has ups-and-downs, but this multi-issue brawl with Bullseye just hits all the right notes. A brutal, intense all-out war between the two mercenaries, great art, and some hilarious lines (“Who commits suicide with a bow-and-arrow?”, “I am the meat”, among others) makes for a tale that is a lot of fun. Bonus: remember the pizza delivery guy scene from the first Deadpool flick? That’s inspired from this arc!

Deadpool vs Bullseye is funny, but this book is FUNNY. Nick Spencer and Steve Lieber’s mini-series detailing the crimes and capers of some of Spider-Man’s lowlier villains is a gem. It stars Boomerang as he leads up a new incarnation of the Sinister Six in attempt to get rich and secure his future. There is an ocean’s worth of character depth here, with all the members of the story getting some great touches along the way, and this funny book has a charming amount of heart and tragedy that you almost won’t notice between the belly laughs. Spencer’s characters are fun and Lieber’s art a treasure. Fantastic stuff.

And that’s just the beginning, folks! #11-15 of my Top Fifteen stories ever. Come back around next time to cover #6-10 as we get into the meat of the list. And while you’re here, let me know what YOU think about A+ books. Are they as free as candy on Halloween? Or should they be more carefully guarded and restricted?

2 thoughts on “Tough Grades, the Elusive A+, and My Top Fifteen Stories EVER”

Sat Jul 21 , 2018
Welcome back, Bangers & Mash. I’m Andy Larson, host of the 9,999th most popular comic podcast in America, Ghosts of the Stratosphere, back once again dazzle you with my comic book genius as I cross off another book from my never ending comic book read pile. This particular book was […]