I do the bulk of my comic book shopping on two days every year: Free Comic Book Day and Black Friday. What it comes down to for me is that if comics are not on an extreme sale, they just aren’t worth buying. Is that a bad attitude for a person behind a successful (?) comic book website and podcast? Yes. Yes, it is. But here is the thing about comic books: they are WILDLY overpriced. I’m hardly Magellan covering new land on this subject, but the price of the modern comic book is absurd. Paying $4 or $5 for twenty-two pages of entertainment? Screw you. That’s ridiculous, and it’s a business model doomed to keep actual comic books in a niche market for dedicated, pre-existing fans only, even as other forms of media based on the comics themselves dominate the worldwide landscape.

But whatever, that’s not why I’m here! One of those two days has recently come and gone, and I bought PLENTY of on-sale funnybooks! So come with me as I cover all the books I purchased and what it was about them that drew me in! 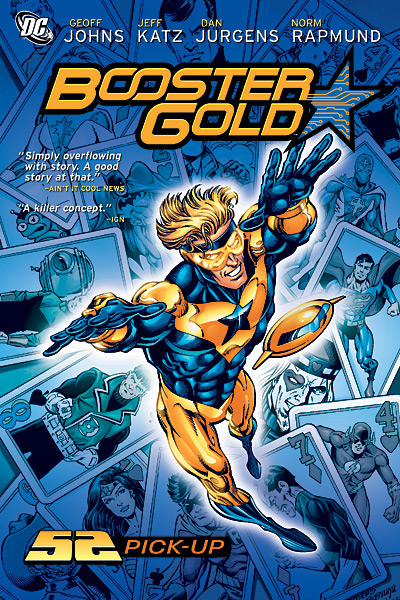 WHY I BOUGHT IT: I friggin’ loved 52. I actually didn’t even know this book existed until I saw it on the shelf at my first stop of the weekend. But when I spied it, I knew it had to be mine. Booster Gold is a wonderful character who was an absolute star in my second favorite comic ever. It was one of only TWO collected trades I bought this weekend because I was determined to pad my “recent comics” collection rather than just buy more old books (my usual M.O.)

WHY I BOUGHT IT: Kyle! Actually, for all my love of Kyle Rayner, I have read precious little of his original books! I popped in to Green Lantern right at the tail end of Marz’ run (in the 110’s, if I recall correctly). I figured I owed it to myself to catch up on his beginnings. Also, this is the only other trade I bought, and they were both DC. Because I’m the DC guy, right? Do try to remember that as we go on…

WHY I BOUGHT IT: I had every other issue in this run, but #1 somehow evaded me until now. I really dug this series, and it was gone far too soon.

WHY I BOUGHT IT: When Marvel publishes a monthly book with Jubilee in it, I will read that book.

WHY I BOUGHT IT: In addition to Jubilee, I am also a huge Kitty Pryde fan. I knew the conclusion to the storyline wedding to Colossus was met with some hullabaloo, so I wanted to read it for myself.

WHY I BOUGHT IT: I bought issue one, and it’s just a mini-series, so I might as well ride it out.

WHY I BOUGHT IT: Man, the X-Men have such amazing female characters, and Emma is ANOTHER favorite of mine. Also, I love Bachalo’s art, so I am always happy to support him. The comic shop guy tried to convince me to buy the other X-Men Black issues because I guess the backstories are all intertwined, but meh. I don’t really need a Juggernaut book.

TITLE: What If Thor Was Raised by Frost Giants

WHY I BOUGHT IT: Of the new batch of What If? books that came out, this was the most interesting premise to me. Instead of Odin killing the frost giants and adopting Loki, the giants kill Odin, and their king adopts Thor. How has this story never been told before?

WHY I BOUGHT IT: This was the second most intriguing of the new What If? books, even though I feel positive they have done this story before… 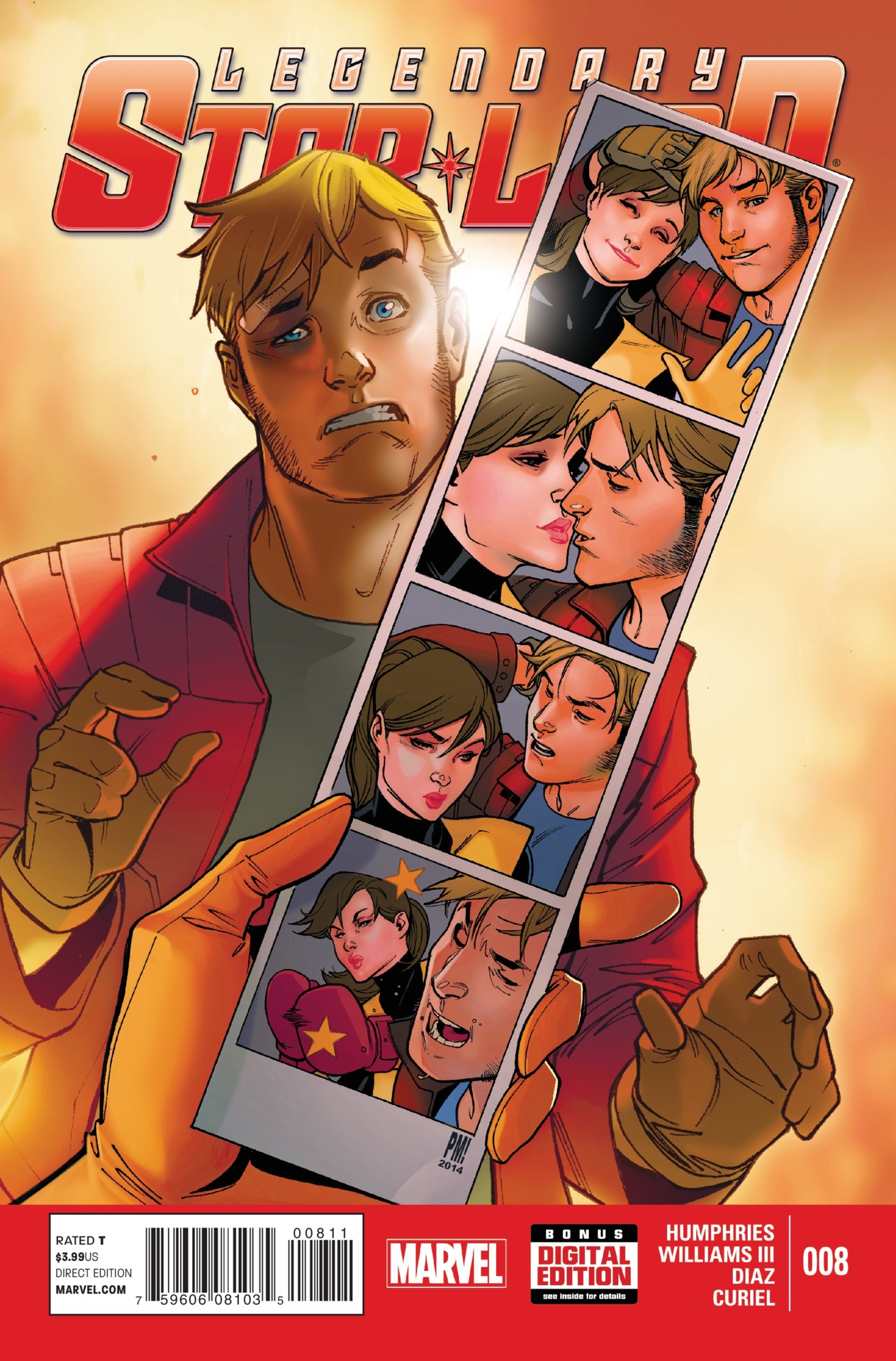 WHY I BOUGHT IT: Fifty cents each! Kitty Pryde! And, meh, I’ll find issues #1 and #5 someday. Fifty cents!

WHY I BOUGHT IT: The world always needs more Dr. Horrible. And Joss Whedon even wrote it? I’m in!

WHY I BOUGHT IT: This is going to become a theme shortly, but when I was looking at new comics, I wanted to try to buy the first several issues of books that are relatively new that might interest me. Here we have the first of a few series that were less than 7 issues old and I thought might be worth ground-flooring. The problem is that DC has precious few titles that are younger than 20-or-30-some issues in, so this led to my buying a LOT of Marvel. Ah well.

WHY I BOUGHT IT: JM DeMatteis’ name on the cover. Always happy to support his work! Also, I was on a quest to buy some indie books because Andy has been giving me shit that I hate indie books. So screw you, Andy!

WHY I BOUGHT IT: That is a pretty rad cover. And it was a one-shot on sale. And Halloween is pretty boss.

WHY I BOUGHT IT: Another ground-floor entry for me in a series (?) that may be of some interest. I like Spider-Man AND the X-Men! Huzzah!

WHY I BOUGHT IT: I dunno. That cover is pretty nifty, though!

WHY I BOUGHT IT: More indie books! Take that, Andy! Also, Nick Spencer and Steve Lieber, who I know I have loved as a duo before. This almost has to be at least “good”.

WHY I BOUGHT IT: Same as Return of Wolverine #2… I bought the first issue, so why not see it through?

WHY I BOUGHT IT: I really miss Plas featuring regularly in a book, and I dig Gail Simone, so this seemed obvious to me.

WHY I BOUGHT IT: Because ALL THE X-BOOKS!, apparently. I found this cheap and figured I would see if it is worth picking up some trades of.

TITLE: All-New Guardians of the Galaxy #1-4

WHY I BOUGHT IT: Another book that is well beyond this point, but I got these for cheap (like X-Men Red). I dug the Mary Jane alternate cover, too, so that was nice. And the GotG are usually a quality product.

WHY I BOUGHT IT: Terry Dodson cover art. Gets me every time. Wish he did more interior work these days. But I still love those covers!

WHY I BOUGHT IT: Because, god damn it, I really want to like Dan Scott when he’s not writing Spider-Man, so I’m happy to give another book of his a shot.

WHY I BOUGHT IT: Because the covers make this book look like a lot of fun. And again, it’s a new series I can support and see if it goes good places.

WHY I BOUGHT IT: Because it looks like the kind of comic that ComicsGate folks would despise.

WHY I BOUGHT IT: Another indie book brought to us by talents I already love (I can’t get enough David Aja art).

WHY I BOUGHT IT: Indie book. Scottie Young (even if he doesn’t draw it, booooo). 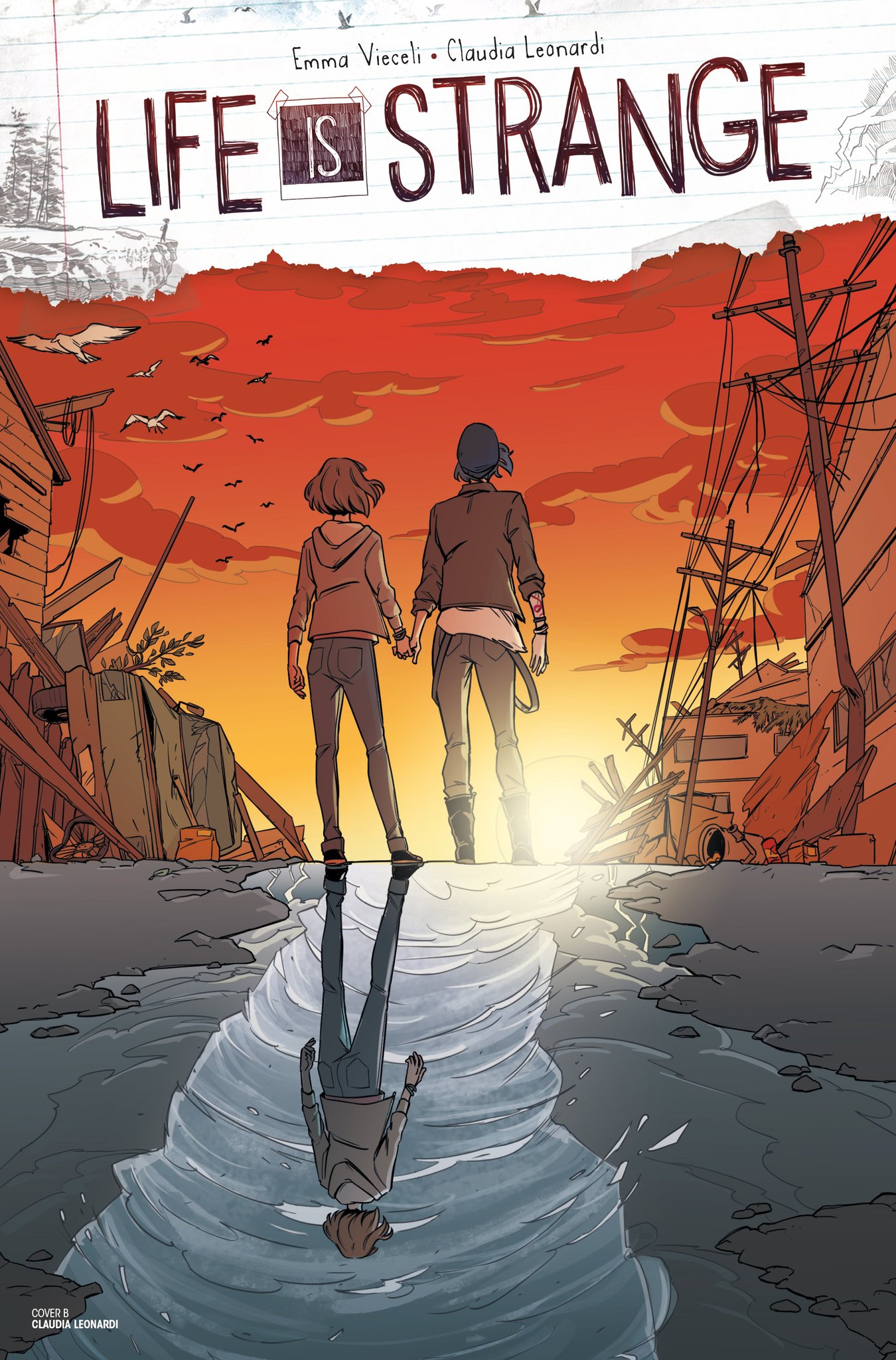 WHY I BOUGHT IT: I feel like the video game this is based on is of some repute, so for one issue, it seemed worth a grab. I think I have the first chapter of this game on PS4, but I have not gotten around to playing it. Maybe this will entice me.

TITLE: The Life of Captain Marvel #1-4

WHY I BOUGHT IT: Carol Danvers is a character I have liked intermittently, and I always want to give her more chances to crack my, say, top 25 favorites of all time. Especially with the movie coming out, this seemed like a good time to get into a new series of hers.

WHY I BOUGHT IT: More wonderful Joss Whedon properties, even if he does not seem to have written this one.

And that’s it! I also bought about 30-some other random 50 cent books just for my wife to cut up as part of an art project, so I’m not clouting those. But that’s the worthwhile bulk of my haul. I actually wish I had gotten a lot more; I kept coming across books (like the recent Catwoman series of the Darkhawk mini-series of Infinity, but there were several) where I could find maybe three-out-of-four or four-out-of-five books, but I didn’t want to dedicate too much time to backtracking between stores to complete things. Nuts!

Boy, I hope these can tide me over until Free Comic Book Day!

Mon Nov 26 , 2018
I must admit at times (read most of the time) when my children and/or man-child husband are watching cartoons or even family friendly movies I completely zone out–thinking of my to do list, farting around on my phone or even snoozing. The last movie we went to in the theater […]