Most people are probably most familiar with the new Netflix series of Umbrella Academy but did you know the story is now over a decade old? The 2 original mini-series were released in 2007 and 2008 and there was a long hiatus before the 3rd was released just this past October. Our podcast guest Amanda Stewart caught on when the show came out and asked to do a review on the comic book (she says she doesn’t like comics but somehow she keeps picking books to read).  For those who somehow missed out on our review of Umbrella Academy: Apocalypse Suite you can check it out here but for the quick synopsis: 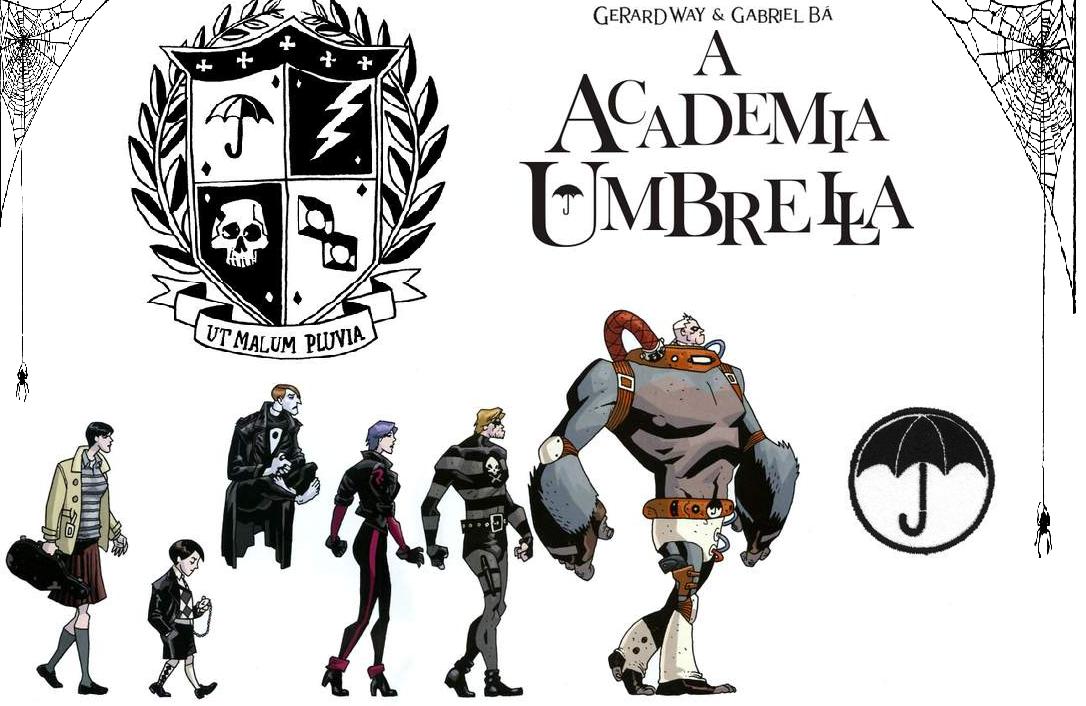 Our group was torn about this book. Chad felt there was a lot to be found under the surface. Stew thought this book should be banned for lack of characterization and horrible writing. Amanda and I both seemed a little lost at times and more interested in the Netflix show and Andrew was fairly indifferent. But, I liked it enough to give the second mini-series a read, hoping to see some further development and depth to the characters and to flush out some of the things I was confused about in the first series.  So without further adieu: Umbrella Academy: Dallas by My Chemical Romance front-man Gerard Way and artist Gabriel Ba.

Umbrella Academy: Dallas picks up where the first series left off, albeit clearly a little while later, at least several months. Our characters find themselves out of sorts after the disturbing events of the first mini-series.

The Temps are essentially a group of trained assassins who’s job it is to police and maintain the time continuum. They caught No. 5 going back in time and forced him to work for them. Turned out with his special time-hopping abilities and some minor modifications (including binding his DNA to some of the most notorious villains in history, he was unstoppable and soon was being trained for a high level “correction” as they called such things. But when he rebelled and refused to assassinate JFK, instead killing some of his cohorts and fleeing to the future, the whole corp of Temps agents are sent to find and “correct” him.

He easily disarms a crap load of standard Temp agents in a parking lot massacre, but not before one of them can signal for backup to the two craziest and violent agents, Hazel and Cha-Cha.

The murderous duo capture Séance and torture him–unfortunately, he has no clue where No. 5 is but they are able to coax him into telling them where his dad hid the nuclear weapons JFK had given him back in the day (for having the Academy save D.C. from a crazed Lincoln Memorial statue of course).

Their plans to blow up the world and thus ending No. 5 along with everyone else are foiled when Séance, whom they thought they had killed (well, an actually they had) gets sent back from the afterlife, manages to possess the lunatics and ends them before they can end the world.  Spaceboy and Kraken then travel through time back to find No. 5, having learned what he’s going to do, landing a few years too early so they pass the time hanging out in Vietnam before heading to Dallas in 1963 to stop the assassination.

Meanwhile, No. 5 and No. 3 have been captured by No. 5’s old Temp boss, a super intelligent Shubunkin fish named Carmichael, blackmails him and No. 3 into finishing the task–meaning current No. 5 will have to fight off the future-past version of himself that rebelled the last time. Of course the Temps aren’t willing to risk the success of the mission on precocious No. 5 so they have a back up plan–which they need when future-past No. 5 manages to knock off the other shooters like he had before.

As it turns out, No. 5 is just another cog in the wheel and  the key to getting the job done lies with No. 3–she forsakes the life of the president to save her family, merciless to the power of love.

The family returns to the current time, distressed over the role they have now played in history. Carmichael is there to congratulate them with ice cream, a ploy daddy dearest used back when they were kids. Let’s just say No. 5 doesn’t take kindly to this and Carmichael goes “swimming with the fishes” (I’m clever, I know!).

So, I have to admit it. I was ready to give this book a horrible review, which was such a shame as I really think the concept is unique and original compared to standard comic book fare. I love the reluctant heroes, the family dysfunction, the oddness of not only the main characters but the supporting cast (apes that talk and wear clothes, an alien father, robot mother). I was looking for this story to delve deeper and make me fall head over heels with the series. But I was disappointed.

I was miffed that we only really got to delve deeper into a few characters, essentially Spaceboy and Kraken were just along for the ride, Vanya is just lying there in the background and No. 6 is not even mentioned (when do we learn why he is dead???). I was also very confused by the plot the first time through–I definitely missed things needed to weave the story together cohesively and I was left saying to myself (and Ghost Andy)–“WTF?” What was that? What is happening?

But, as I started writing this article (by the way, these things take a ton of work so I hope someone out there is reading it) and going back through the pages, it all started to make sense. Now, in retrospect, its a pretty cool little story. Sure, there are a few lingering questions but all-in-all it wraps up quite nicely. I will go on record that I was too hasty in my judgment, although it is only by luck of me promising Andrew a review that I even re-read it. I’m sure most people wouldn’t give it another go but I hope you do.

Things I’m not as fond of:

(sorry Stew, you are wrong)

Sat May 11 , 2019
Howdy Gents and Gals of the Comic Book World! Andy Larson, the host with the most of GotS, back again for another weekly installment of “No need to retake the SATs, I know I’m a good reader”. And yes, I realize the proper way to say that was that I […]