Hello. My name is Nicole. And I am a procrastinator.

I may be, ahem, several years out of college and many years past high school but I am suddenly feeling the anxiety of a looming deadline. Let’s be honest, as a full time working momma, wife extraordinaire and all around cool lady my to-do list is long and often things are left to the last minute, sometimes literally. So here I find myself, on a Friday night, typing this article which is slated to come out at 9 am tomorrow morning. 9:09 am to be precise. Now the question presents itself, will I finish tonight or do I pull the almighty “I’m tired, I will just go to bed and wake up early to do it” only to find myself hitting the snooze button over and over and over?

Now, I don’t want you lovely folks out there to think my procrastination has anything to do with the content of this blog. I really like this book, I really think you should read this book, and I really have a lot of things to say about it. But truth be told, I’m still having a bit of a hard time articulating my thoughts on the subject. For those of you living under a rock who haven’t listened to this week’s podcast, this week we featured our first round robin of comic book reviews. A swap meet as Ghost Andy called it. I was asked to read Asterios Polyp by David Mazzucchelli (2009) by the one and only Chad Smith.

When I first heard the title of the book I was set to review, I couldn’t help but think of colonoscopies and polyp removals. What would you expect from a health care worker? (By the way, if you’re getting to be a certain age, make sure you do the right thing and get a screening–click here for more info).  Needless to say this comic is not filled with pictures of one’s internal organs so hopefully you’ll continue reading…

When I picked up this book from the library and casually perused it for the first time I was kind of surprised. Why of all the comic books out there did Chad pick this one for me? I suppose I was expecting him to pick a Spiderman run or a Daredevil story. But instead I got this comic strip like graphic novel that contains a lot of big words that people much smarter than me understand. The depth of this book rivals philosophy texts–examining the inner workings of the human psyche and asking the question, “are we are who we are, or, are we capable of changing?” and watching the journey of a man who seems to know it all but finds himself questioning everything.

Our story follows Asterios Polyp, who at 50 years old finds his life a mess. He is an architect whose buildings have never been built, his wife left him and to top it all off his NYC apartment building just got struck by lightning and set ablaze. As he journeys into middle America he also recalls the journey of his life…and his mistakes. A renewed man he voyages once again, this time to be reunited with his better half, finding that only together are they whole.

Along the way we meet a cast of interesting characters, from the simple but intuitive Stiff and his astrology loving and call it like it is wife Ursula to the eccentric dance choreographer Willy Ilium. But it’s Asterios wife Hana who is always at the forefront and it is she that contrasts so perfectly with him but also fits so perfectly. In fact, that brings me to one of my favorite visuals in the book.

Mazzucchelli distinguishes characters from each other in multiple ways. The most obvious to me was the different word bubbles/lettering and it doesn’t seem arbitrary. Asterios who is our black/white, everything is one way or the other has linear, square dialogue bubbles with linear lettering while Ursula, for example, has cloud like bubbles with a beautiful yet uncomplicated font.

But my favorite is how he visually represented Asterios and Hana when they first met. They are in a room full of people, at a faculty party. He is the life of the party, she is the stereotypical wallflower. But she caught his eye and he couldn’t resist.

I love how Mazzucchelli depicted Asterios as a spherical, geometric figure with a Dali type abstractness at times. Contrast this with the etched Hana who blends into the background. But as they meet, Mazzucchelli overlaps the techniques, each taking on some of the quality of the other. Maybe things aren’t so black or white are they now Mr. Polyp?

There was something about this visual of connectedness that immediately grasped me but it wasn’t until later when it was abruptly reversed that it truly took my breath away.

Now, this book gets pretty deep. As I commented on the podcast, this is a book one could write a college essay on and as it turns out people actually have. There is so much philosophy and references to Greek mythology (including a whole “chapter” that I had no clue what it was until Wikipedia told me it was a depiction of Orpheus and Euridice) that are way above my head and my pay grade. Any attempt to delve into these topics would be fairly futile from my inexperience and lack of knowledge in these areas. But despite the references being lost on me and occasionally being confused, I think the overall sentiment of the book was easily palpable. 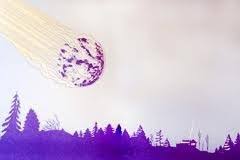 This is not a casual read. This is a book that will probably take me several more reads to grasp everything that Mazzucchelli is trying to say. And even then I probably won’t get it. But I stand by my comments that this book has value. If nothing more than it leads you to be introspective, to examine your perceptions and maybe come out better on the other side.

For the record–I got about half way done before I couldn’t keep my eyes open any longer. Alarm set for 7:00 am. Only hit the snooze button once and officially finished 40 minutes “early”. Score for the GhostMomma!

Sun May 19 , 2019
Hi kids! Last year, I was scouring a local comic convention and came across a Spider-man collection that I hadn’t seen before. Usually, I’m pretty up on my Spidey stories, so I picked it up to discover that this collection was actually a run of classic early issues and a […]