Welcome back, chums! Last week, we looked at my ten favorite Pokemon from the original series of games, Red, Blue, and Yellow! We’re moving on to Generation 2 this week to see who is the creme de la creme from the Gameboy Color era of Pokemon.

I love Generation 2, and I had a copy of Pokemon Crystal for ages that I played over and over. The ability to travel across two regions and battle 16 gyms was glorious, and I can’t believe they haven’t done it again since. What a missed opportunity, Pokemon!

You know what I remember most about Gen 2? Before it was released in America, I downloaded an English Rom of Pokemon Gold, and the translation was abject nonsense. It was almost impossible to play because nothing anyone said made any darn sense. I wish I could remember the specifics, but I’m pretty sure I recall Leer being called “Laser Vision” or something a lot cooler sounding than what the move actually was.

All right, enough about that… let’s hit the list!

What a crap Pokemon.

All but worthless in the actual story mode of Pokemon, Wobbuffet has some small use as a minor annoyance in competitive play. But that’s all he is; a nuisance. Not really effective. He doesn’t evolve, has no offensive capabilities, and was trash until his Hidden Ability was bestowed; he was one of the those Pokemon you imagine Gamefreak was way too proud of themselves for making so specialized.

Wobbuffet became a star starting in the Johto seasons of the cartoon, giving Jess and James a bumbling, clueless Pokemon who could occasionally just absolutely wreck shop on Ash and his friends if Wobby’s head was in the right place. The cartoon did this frequently, starting with Misty’s Psyduck, but they perfected it with Wobby here. He always sounded so proud of himself, too. “WAW-BUFFETT!”

“MAKE HIM UPSIDE DOWN!”

“How is that akin to punching and ki–”

To be fair, Hitmontop is the best of the Hitmon’s based on his moveset and abilities. I used him with some frequency in Triple Battles where Fake-Out and Wide Guard and Intimidate are so bloody useful.

Everything I said about Slowbro last week, except now the pseudo-Sheller is on his head. And, for some reason, that makes him smart and gives him some kind of deflated dog surgery cone? Sure. 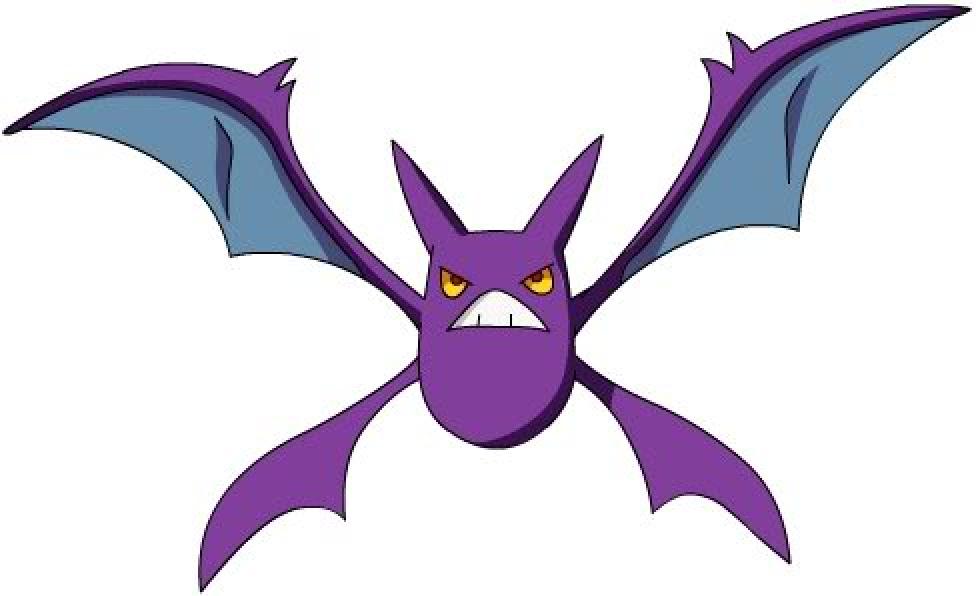 Generation 2 took an absolute pest of a Pokemon from Gen 1–one that was functionally moronic and a meme unto itself–and gave it the potential to turn into this bat-ass.

Well-balanced defense (which I ALWAYS forgot when online battling and expected the thing to be a vase) and a killer speed stat. And it turns into this pissy looking bat by… becoming your BFF. Shouldn’t he be happier? Why so glum, Crobat?

Who cares? I was happy that Zubat finally became useful. That will teach us to Repel them!

Okay, so MEW can’t actually learn any given move in the game, but… this dweeb can?

Yep! Smeargle can do ANY move (except Chatter, apparently, which is odd but I am sure has a technical reason behind it) because he just clones the last move he saw into his moveset if you use Sketch. Dark Void. Draco Meteor. Frenzy Plant. Quiver Dance. All applicable!

His stats are mediocre, and that’s putting it nicely, but he’d be an unstoppable behemoth if he was beefier. So… balance!

I seriously love that the best Swiss Army Knife in Pokemon is this silly painting dog thing, too.

It’s an adorable giraffe with an evil tail. It’s the living embodiment of the evil Kermit meme. Also, there is oddly NO detail in its dark half at all; it’s just a round head, teeth, and two eyes. It’s like they sent Giragarig out into the world only 70% designed.

So it’s Psychic/Normal which is swell because it gives it an immunity to Ghost, but… which head is the normal one and which is the psychic? The giraffe head has those weird antennae, so I assume it’s the psychic? Shouldn’t that back end be Dark, though? What about that face is “normal”? It’s so confusing!

I like the palindrome name, though. Can’t ignore that.

This is just hardcore. Look at that guy! He’s here to cut you in half and chew bubblegum, and he forgot to buy bubblegum when he went to the store!

He’s also a very good competitive Pokemon despite his 4x weakness to Fire, and his Mega Evolution is good, too.

Actually, you know what always bothered me? Why are Bugs weak to Fire? I mean, I get that you can burn bugs, but… you can burn Conner McGregor, too, so why isn’t Fighting weak to Fire? Last I checked, UFC fighters did not have any particularly neutrality to open flames.

Bugs so often get the short end of the stick in Pokemon, really. The designers just don’t seem to like them. This guy’s still a champ, though.

But is it pronounced SIGH-zer? Or Scissor? I always say the former…

I actually bought a plush Togepi at KB Toys something like 17 years ago;  it spoke and jiggled when you squeezed its hand. And you know what? I still have it, and it still works on the ORIGINAL BATTERIES. I have never replaced them! This toy Togepi’s spirit is immortal!

Probably the soul of Charles Lee Ray is in my eternal Togepi, but… who cares? If I squeeze its hand, it goes “Togey Togey Prrriiiiiiii!” instead of trying to stab me. And that’s a win!

Look, I get it, I get it. No one LIKES Miltank. Most of us HATE Miltank. Whitney and her insolent cow Pokemon have beaten all of us a couple times across Gold, Silver, Crystal, HeartGold, or SoulSilver. It was a beast of a third gym Pokemon, and you actually had to prepare for that encounter instead of going in expecting to just smack it around with your power.

But that’s the point! Beating Whitney’s Mitank was an accomplishment! And even all these years later, whenever I replay HG or SS, I still go into her gym knowing my Pokeys have to bring their A-game against this brute. And no matter how many times I win and move on, it’s STILL rewarding to defeat her. The first real challenge goes into the rear view mirror.

That amounts to something in my book! 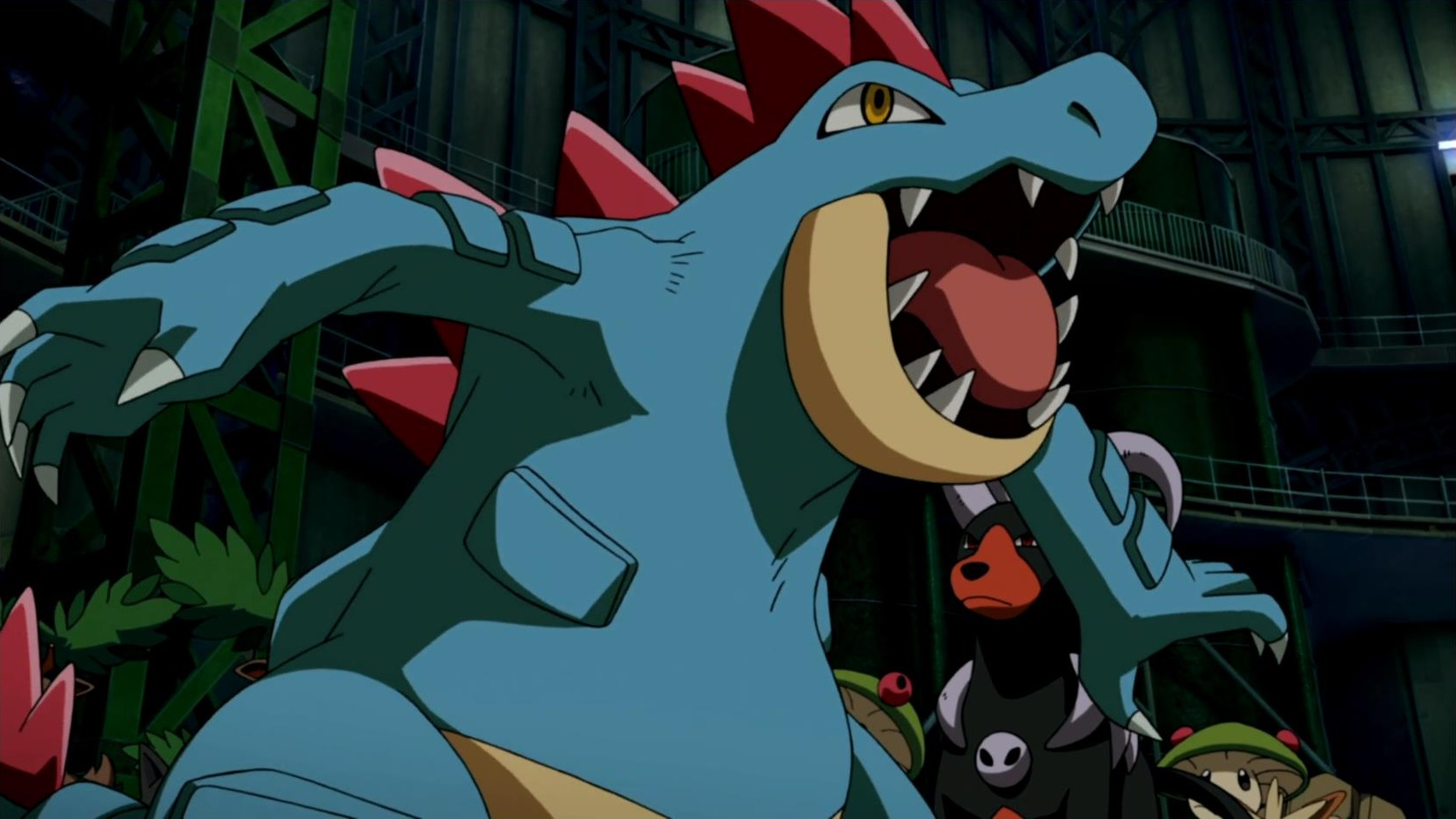 Once Feraligatr’s hidden ability (Sheer Force) was released, he became one of my go-to Pokemon for online battling. Good coverage on his moves (Waterfall, Crunch, Ice Punch, and… something. Maybe Protect because I mostly battled Triples), and he hit like a grenade. Every team needs a good Life Orb user, and mine was ol’ Toothy here.

Also, its actual, correctly spelled name is a typo because of… space limitations, I guess?

And it has the sexiest ass in Pokemon.

So that’s volume two in the books! At this point, my cross-generational team would be:

Interesting! I wonder who will round it out? Come back next week, and we’ll swim over to Hoenn and see who is the best there!

Sun Aug 25 , 2019
Hi kids! Back in October of last year, I was scrolling through my twitter feed (@chachachad1 if you want to give a follow) and saw some unexpected news: There was a new Lone Ranger series! The Lone Ranger is one of my guilty pleasures for reasons I don’t entirely understand. […]