Pokemon’s Generation 3 is a weird one for me.

In hindsight, it was a great, important generation. Introduced abilities. Gave us the first true system leap as Pokemon bounded from the Gameboy to the Gameboy Advance. Introduced some new battle mechanics.

But man… when it came out, I was just so “meh” to it. I never really played through Ruby, Sapphire, or Emerald until YEARS later, and I spent most of my Gen 3 time playing the LeafGreen remake of the comfort food Generation 1.

Even years later, Gen 3 is one of my two least favorite generations for replay value. There’s too much reliance on HMs! I don’t want to surf and dive and climb waterfalls!

Still… there were some good pokeys along the way. Some…

What if a cloud wanted to hug you?

That’s essentially Altaria, which is a DRAGON type for some silly reason. Are… are clouds dragons?

I never cared much about Altaria until years later when it got a mega-evolution. Its mega form isn’t great competitively, but it’s fun, is ludicrously snuggly looking, and has an interesting Fairy secondary type to negate its inherent Dragon weakness. 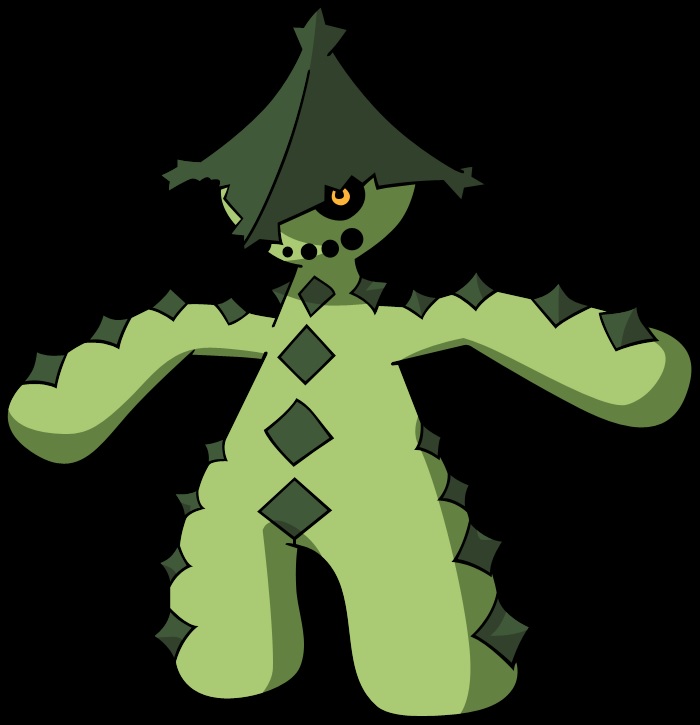 I’m a big fan of strong physical attackers that can learn Sucker Punch! It’s such a snazzy move! You want to attack my glass cannon Pokey? I will hit you first!

Cacturne has a fairly unique typing (Grass/Dark), learns SUCKER PUNCH because of course it should, looks like a horror movie monster, and has a great Pokedex entry.

Seriously, if any Pokemon could translate out of the franchise and into its own horror vehicle, it’s this guy. He follows you around, ever-stalking, and once you are too weak to fight back, he strikes! It’s Jeepers Creepers combined with It Follows. Someone get on this licensing opportunity! I want to lie awake terrified of Cacturnes!

HALF A SHARK IS GON’ GET YOU!

I always, Always, ALWAYS thought this was a full-length shark that was just folded back behind itself, but NOPE. This is approximately one-half of one shark.

HOW DOES IT SWIM?!

It doesn’t make any sense. I guess it’s designed like this so it can be loaded into a ship and fired like a torpedo (hence the name)?

What a stupid evolutionary “advantage”. What animal wants to be shot out of a submarine?

Maybe the kind that can’t swim on their own? Oooohhhhh….

Pretty rad Mega-Evolution once it learns Speed Boost, though…

Here we come to the first Pokemon on the list that I like because of the TCG! Spinda has a cheap, relatively strong attack that guarantees confusion, and I appreciate that. As I have gotten better and better cards, Spinda’s usage has dropped dramatically, but for a while, it was one of my saving graces, usually there to bail me out of a tight jam… or at least stall out a bit to help me right the ship.

Good job, dizzy bunny. Oh, and its sprites in the game are always different because of its spots that appear in a high number of patterns. So… that’s a thing the designers spent time on? 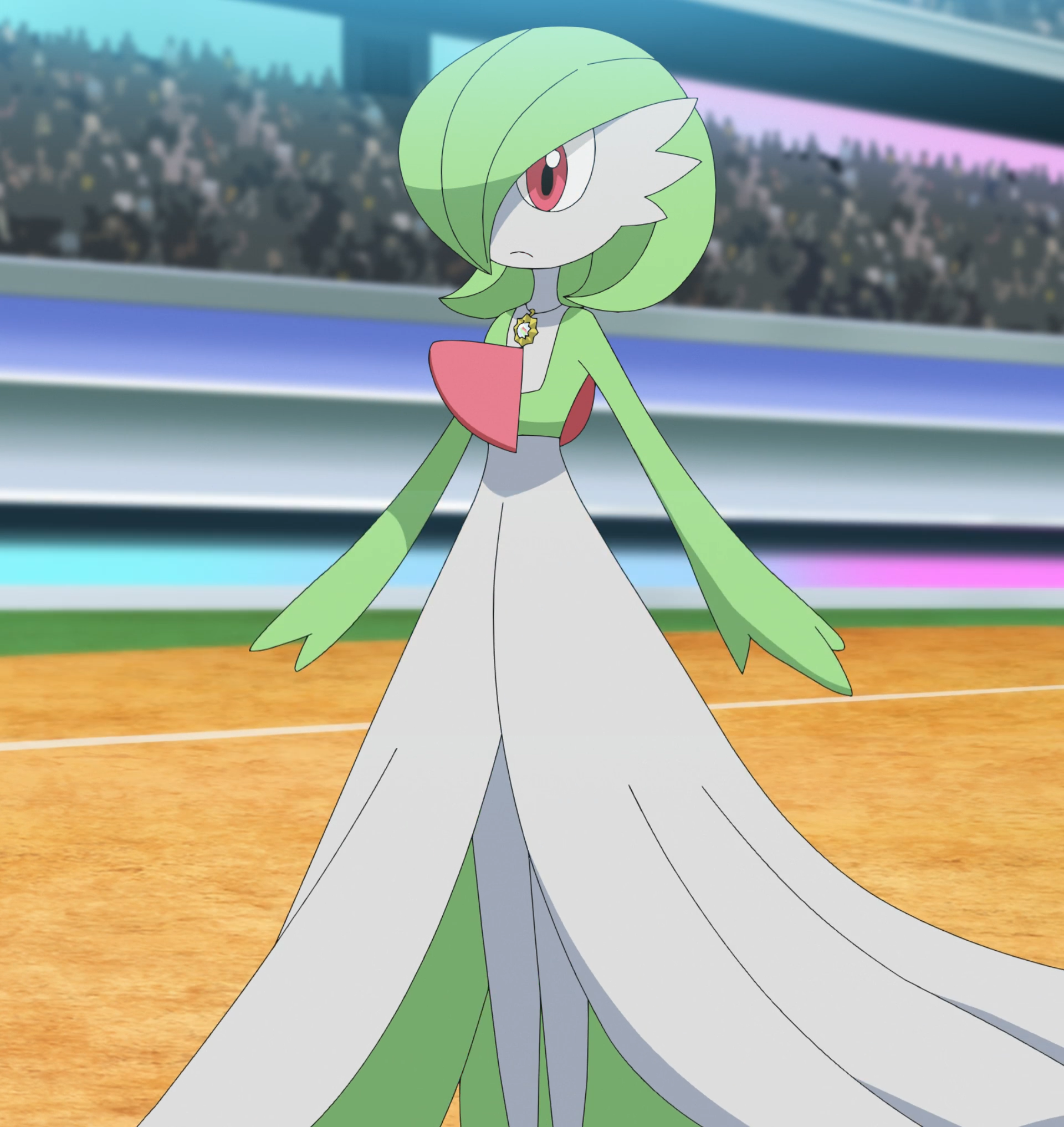 Poor Gardevoir is so majestic and regal and powerful, but all the Internet cares about is fan-art-ing her into, well, use your imagination.

Or don’t, and just Google it.

But Gardy is a pretty decent Psychic/Fairy type Pokemon that was a weird… half a frisbee thing impaling her? What even is that?

She has a tricky color scheme, too. She’s NOT a grass type, if you can believe that! Even though she is green and looks like weeds. I think the designers were confused that day.

SO MANY GEN 3 POKEMON I LIKE BECAUSE OF THEIR MEGA EVOLUTION!

Manectric is one that I couldn’t care less about as a regular Pokey, but once you mega-evolve him, I LOVE HIM.

A Special-centric Pokemon that has Intimidate? Do you know how rare that is? Especially on a Pokemon that’s worth a damn? It’s really rare!

Plus it’s fast and can use Volt Switch. IDEAL.

I used the living heck out of Mega Manectric online in the day. Never cared a lick about the base lightning dog, but once it grows that oversized lightning bolt mane? LOOK OUT. 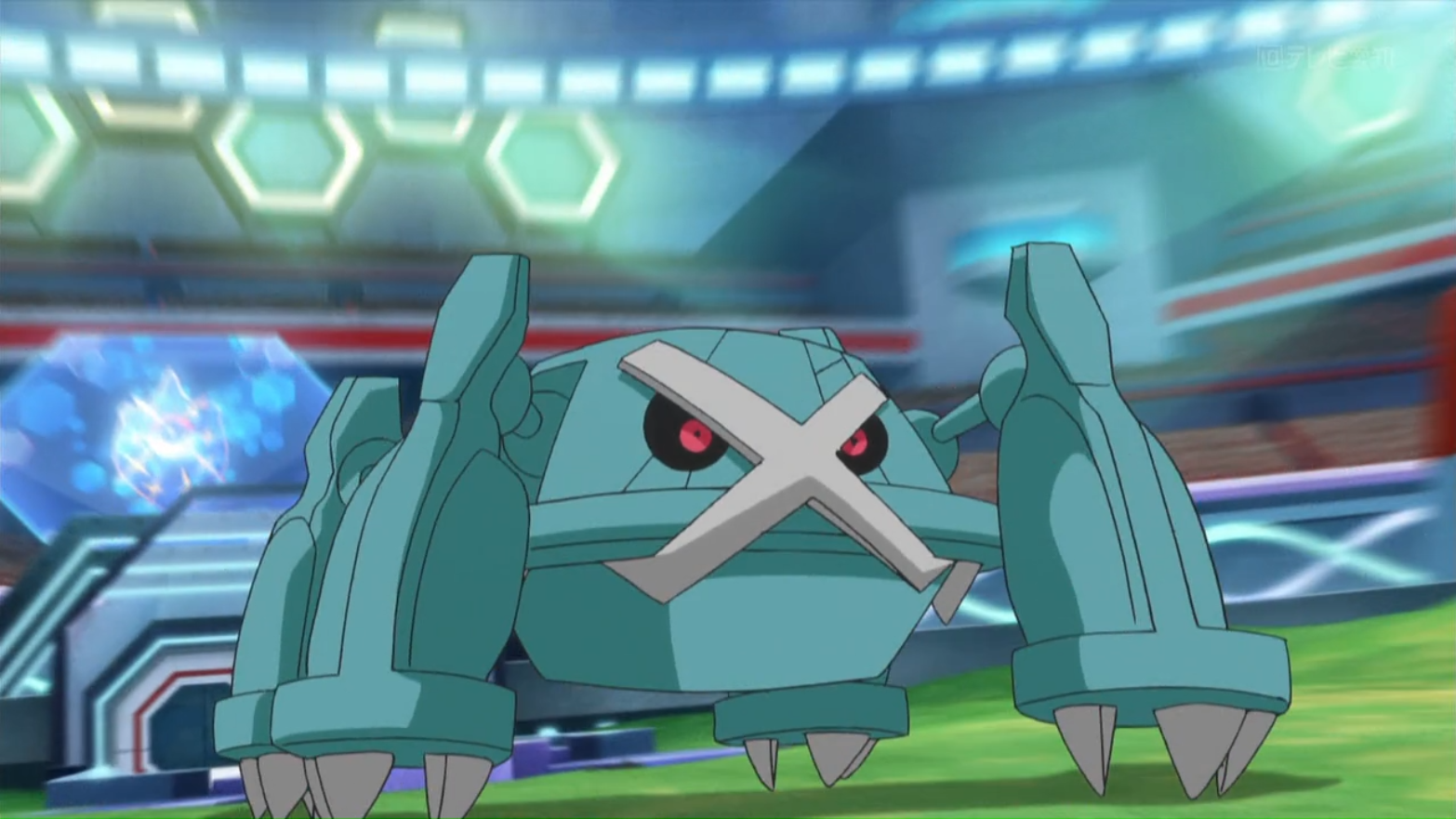 Before we start: to the surprise of no one: Metagross had a rad Mega form that I loved to use.

There, I admit it. Without Mega Evolutions, I would have struggled to find ten Generation 3 Pokemon I care about.

Even without its Mega form (which is stunningly idiotic looking, to be fair), Metagross is still a bad-ass. Look at that thing! You can just picture it either skittering at you like a spider or making booming footsteps as it approached. Either way… pretty intimidating!

Beady red eyes. X across its face. Sharp claws. Made of indestructible metal (or actually pretty darn destructible metal if you have a Ground or Fire type…). This is a Pokemon as scary as its stat line implies. It just wants to punch your face in and move on with its day.

Latios is a swanky Psychic/Dragon type legendary Pokemon with a great stat spread and no 4x weakness to anything (though it has no shortage of 2x weaknesses with Bug, Dark, Ghost, Dragon, Ice, and Fairy all hitting it pretty hard).

To make up for those weaknesses, though, he has relatively good bulk and learns a metric ton of different moves to cover for itself. It’s a superb Special cannon. Just good all-around stuff here.

Absolutely has such a great story.

It’s a Dark type Pokemon that can learn some nasty moves, and has those piercing red eyes and a friggin’ horn. So it would seem scary.

But Absol’s lore is that he can sense when disasters are about to strike, and he goes out to warn people about them.

But you know what happens then?

BOOM. The people see this dark, creepy monster… and then disaster hits! So who gets blamed? Absol!

So you have a Pokemon whose typing is synonymous with evil who TRIES to do good, but the way it tries to do so leads to it getting confused as a bringer of ill.

And you know what else?

“I have come to warn you of the coming flood… and smack your Pokemon in the face before it is ready”. 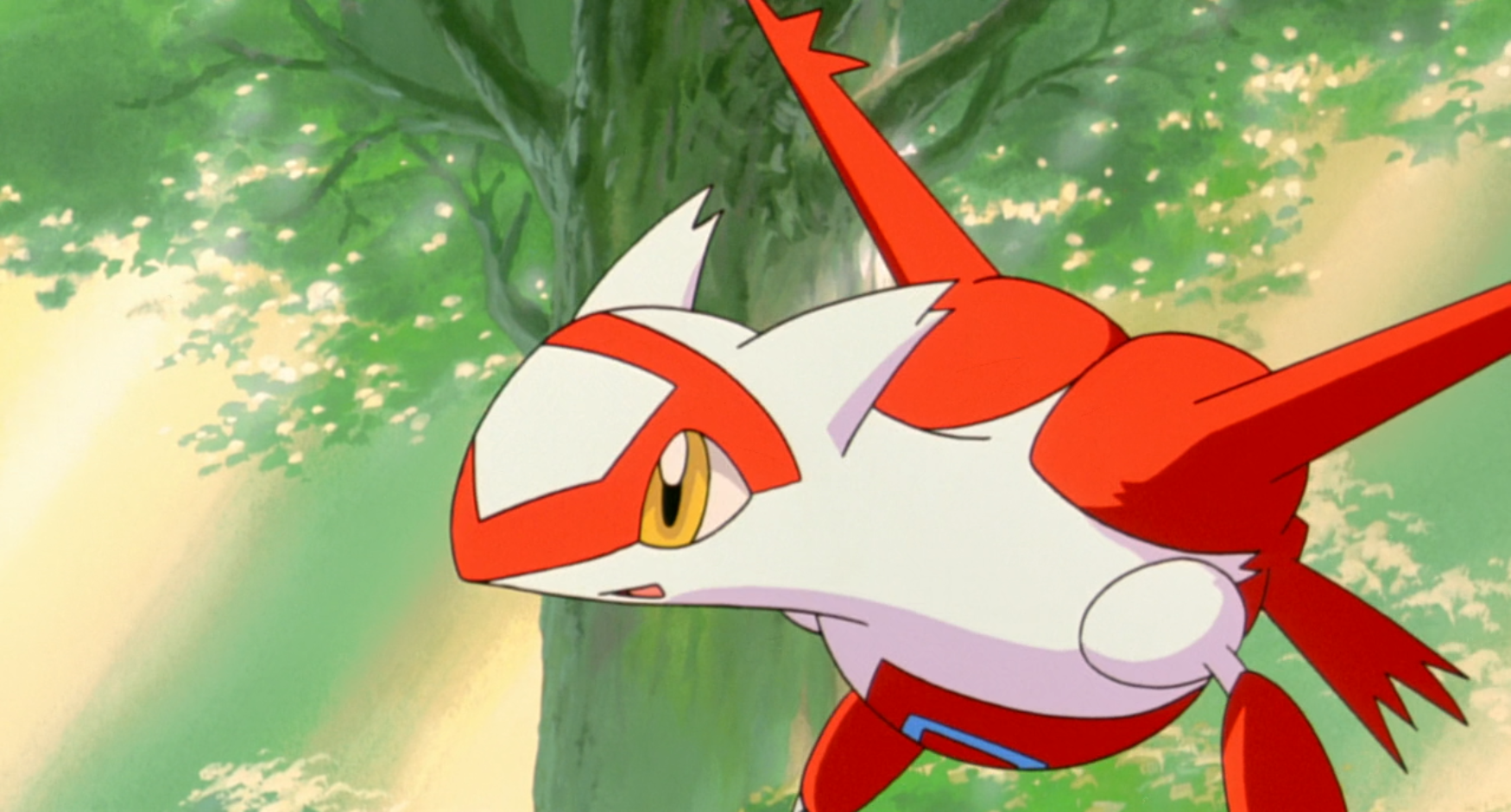 Latios’ sister is my favorite Pokey from Generation 3. Big brother just isn’t up to her snuff.

Before Generation 6 introduced Klefki and Meowstic, Latias was one of my two preferred Pokemon for setting up defenses in online battling. Like her brother, she is versatile, but she is even less of a defensive liability. So she usually lived long enough to mess with foes a bit while my other hard-hitters did their work.

Even as Generation 6 forced her utility role into some irrelevance, it gave her and Latios a boon in the form of MEGA EVOLUTIONS. So she was still useful! Huzzah!

Also, look how dang cute she is. You can picture the adorable noises she probably makes. You can hear it in your head right now, right? I know you can.

All right that’s one more generation down. Where are we on my cross-generational team?

That’s pretty good! I would take this to the Elite Four if I had to.

Come back next week when we get to MY FAVORITE GENERATION EVER. Tough choices will be made.

Sun Sep 1 , 2019
Hey kids! This summer has surprisingly been all about the action figures for this guy. It started with Fortnite figures, of which I’ve already done a review of the single figures and the sets from the first wave. By the time my articles started to post, the next wave of […]