Here’s the sixth edition in my series on my favorite Pokemon from the first six generations of the series. I hope you have enjoyed it all to this point!

Generation 6 is an odd one in that… there is a lot that I LIKE, but little that I LOVE. Even I was surprised by my #1 Kalos region original when I was sorting the list, but… we’ll get there. It’s a generation that was the epitome of “good, not great”. What Gen 6 did well was mostly in Gameplay aspects, not the new pokeys.

If you want to see what I thought of Generation 6 as a whole, click here for my review of it as a complete generation! But other than that, let’s dive in.

This one is easy. Heliolisk is a run-of-the-mill Electric type Pokémon. It wasn’t great at anything, but it wasn’t junk, either. The funny thing is that he had three different possible abilities–Dry Skin, Sand Veil, and Solar Polar–and each allowed him to be a contributing member to a different kind of weather-based teams. Most Pokémon were designed to work best in one kind of weather (Sandstorm, Sunny Day, Rain Dance), but Heliolisk don’t discriminate. Except against Hail, I guess.

That’s honestly it. I just thought that was a nifty touch. Weather specialist, Heliolisk!

Talonflame was SUPER ubiquitous in online battling because its ability gave its Flying type moves +1 priority on attacks, so you could just spam Brave Bird before almost any other moves could fire. Talonflame really didn’t even need the other three move slots because it was just Brave Bird all day e’rry day. So on top of everything else, he was a standout candidate to hold a Choice Band to rev up his attacks. What a frustrating foe!

I mean… I ain’t even mad. I did it, too. Brave Bird gotta Brave Bird. 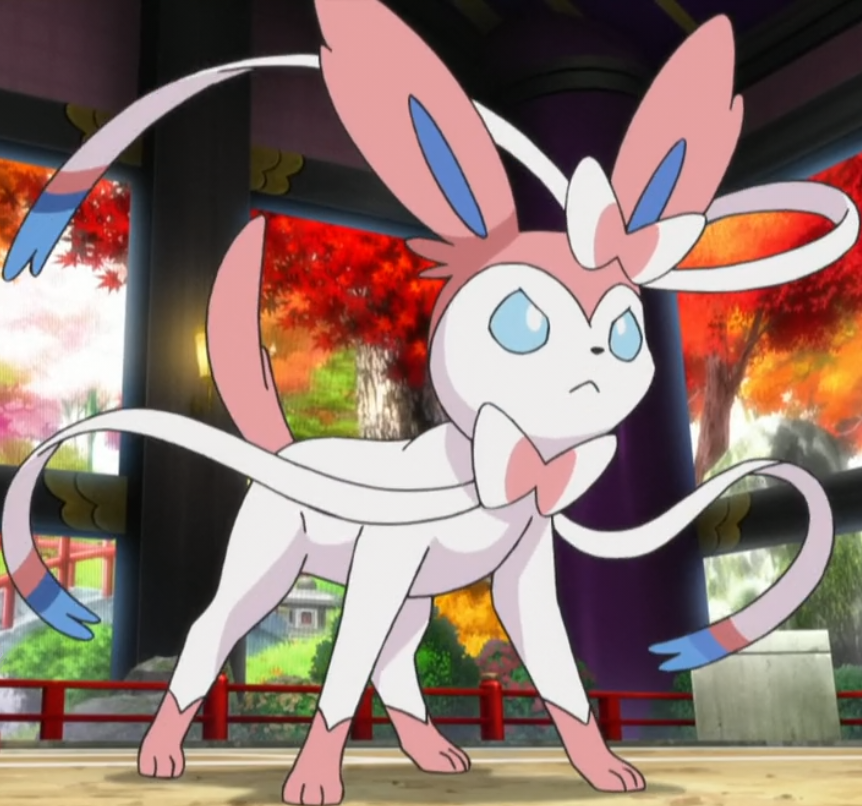 Here’s what I remember about Sylveon: they revealed her BEFORE they announced that there was going to be a new Fairy type introduced to the game. So the speculation was rampant over what she was going to be. Flying? Because, I guess, those ribbons look like they would be flowy in the breeze? Fighting? Because they… looked like karate belts? Some folks were ahead of the game and predicted a new type, but if I recall correctly, the most expected typings were “Light” or… “Sound”? Who thought SOUND should be a type? Weirdos.

Anyway, Sylveon reminds me of the best part of Generation 6… it introduced a feature where you could feed, pet, and play with your Pokémon! That was tits, and it was how you turned Eevee into Sylveon. But it was so fulfilling to just turn on that mode and pet or feed your pokeys; even if it was created just as a device for Eevee, who cares? It rocked.

The first signature card I ever used in the TCG! This is how new to the game I am, but the Hoopa starter deck was so cheap.

Hoopa is another multi-form Pokémon with a smaller, trickster-looking basic form that can turn into a brutal monster in its other mode.

I mean… he is okay. I appreciate his TCG cards mostly because his GX is very useful.

This is one of those Pokémon I don’t WANT to like, but I kind of have to because he was so usable online.

Like, for real? He is keys. I mean, I know TECHNICALLY he is not keys. He is a Fairy that takes the form of a ring so he can collect the shiny keys that fascinate him. But even then, you’ve just made Easily Distracted Toddler: The Pokémon.

But whatever. He was a great status-spreader as a Prankster Pokémon, and had some stout defenses with TWO immunities (Dragon and Poison).

So yeah… you’re kind of the pits, Klefki… but you were necessary pits.

I really just have no idea what they were even thinking with this guy. “What if we had a new big dragon type… AND he was made of mucus?!” Whatever it was, we got Goodra, the gooey dragon.

As far as big dragon monsters go, he is pretty cute with the big anime eyes and the little smirking smile. No rough edges or claws; he’s just happy to ooze on you with that disgusting yellow goop that is leaking from his arms and chin.

WHY IS THERE A MUCUS DRAGON, THOUGH?! And, really, why isn’t he part Poison type if there is?

Wait, is he part poison?

So obvious, but Greninja is undoubtedly one of the best Pokemon from Generation 6… or anywhere.

Admittedly, it’s plenty idiotic looking with its stupid tongue-scarf thing offsetting its sleek and wiry design, but who cares? It’s fast as a shuriken, hits as hard as a katana, and… oh yeah… has the Protean ability and a crazily diverse set of possible moves.

Protean changes the type of the pokey that uses it to the type of the move it uses. So if your inherently Water/Dark Greninja uses Grass Knot… it becomes grass type. It’s an ability that constantly causes your opponent to second guess what to use against it, and it’s obnoxious as hell.

Grenny did end up getting kicked up to Ubers eventually where I could no longer use it (or have to face it), but until that point, he was a worthy addition to any team. 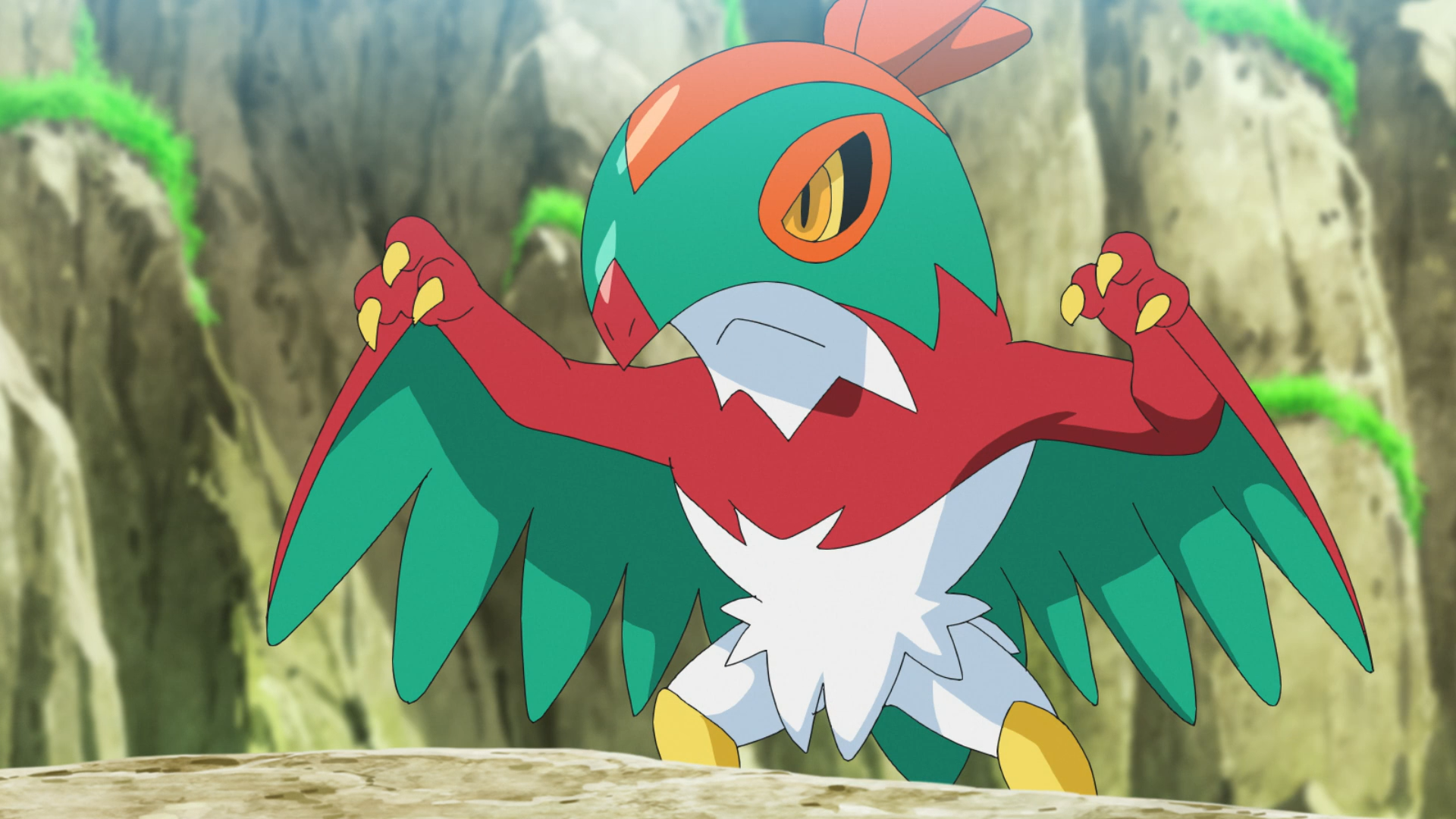 Hawlucha is notable for having the first (only, still?) move that was dual-typed. Flying Press was both Fighting and Flying, though for most purposes in-game it is considered only Fighting so as not cause glitches or anything. But it hits types that are weak to Flying super effective, so that’s snazzy.

The Luchador color scheme and mask are so rad. And they always give it weird wrestling poses. I just think this guy is hilarious. 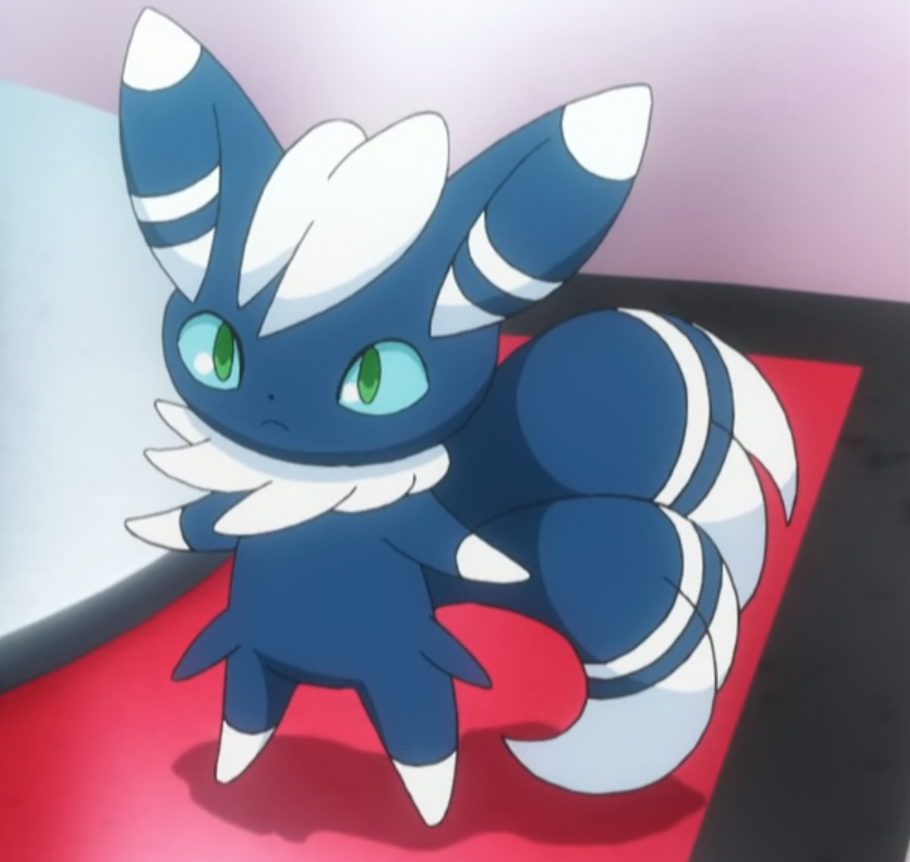 I LOVE THE PRANKSTER ABILITY.

Not that I’m unusual in that regard–it’s one of the best Abilities in the games–but I really dug it and always found room for at least one Prankster on my team. And for as varied and purposeful as Whimsicott or Klefki are, they had nothing on Meowstic. His moveset was nuts, and he was the only Prankster with Quick Guard, which often proved useful against super fast Fake-Outs.

And his Special Attack wasn’t that bad in a pinch.

So yep, I love Prankster, and this bad boy was the king of them.

Yep, here it is. I remember looking all over the Generation 6 list and thinking, “Wait, really? Is Diancie my favorite Pokemon from this region? My VERY favorite?”

Turns out she is.

Diancie is one of those Pokeys whose design is both intricate and cutesie-adorables. She is a more complete version of Meloetta. But… she still doesn’t have real hands, either. What is going on with that, Pokemon? The gems that make up her headdress are incredibly well-designed, her Fairy/Rock typing fine (aside from a stifling weakness to Steel), and her Mega forme is potent. I thought she was one of the more wildly underrated Megas in online battling.

And look how happy she is! I don’t know how I even brought myself to dog fight her against other monster beasts! I’m just a terrible person.

With the first six generations completed, let’s see what my All-Generational Team shaped up to be:

And considering, once again, that I never played Sun and Moon, this is where the team ends for now. I will be getting Sword or Shield, however, so we’ll have someone coming off the bench in a few months…

I hope you enjoyed this series as much as I enjoyed going back and reminiscing about the good times the Pokemon games have brought me.

Let me know in the comments… what’s your All-Regions Team? What made you choose the ones you did?

Joking around with Scorsese’s The King of Comedy (sorta)

Sun Sep 22 , 2019
So I don’t normally review a lot of movies for this site, and I definitely don’t deal with movies that don’t star comic book characters, but I thought I would make an exception for this one. It’s kind of related. Maybe. I’m not totally sure, to be honest. But when […]