Sometimes an article series disappears for months at a time before making a triumphant, if temporary return! Maybe it’s not the author’s fault! Maybe there hasn’t been anything new to write about! Ever think about that? No, you only think of yourself! I’m so tired of your nagging ALL THE TIME. This is… POP-TART QUEST

Wait, did you forget about Pop-Tart Quest? That is disheartening. Let me (and that link to the previous entries) refresh your memory…

The #PTQ (GET ON TRENDING THAT, FOLKS!) is my quest to try every flavor of Pop-Tarts that I can get my hands on and then review them for you. This is my… 29th article in the series, I believe. And while I may be cramming my gullet full of processed sludge, I do have standards! WHICH ARE: 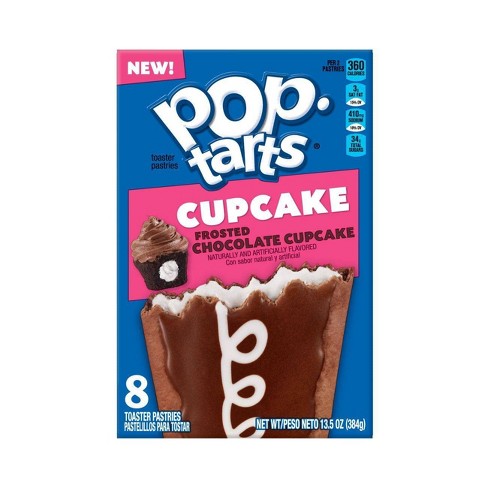 Hello flavor my new friend. I’ve come to snack on you again. Inside a shell of chocolate so flaky, there is a cream awakening. And it reminds me that the Pop-Tart Quest still remains. It’s the taste… of cupcakes.

(I totally didn’t have to YouTube a video of that song to remember how it went or anything. NO, YOU’RE A LIAR!)

I actually only know two things about The Sound of Silence. One is that the Beastie Boys have a song called The Sounds of Science, and it is better. Two is that they used it in the Netflix revival of Arrested Development, and it was one of the few plusses to that series.

These are good. Visually they desperately want you to recall Hostess Cupcakes, and honestly–maybe it’s a mental placebo thing?–they kind of taste like them, too. The shell is more crumbly like a cupcake that the typical Pop-Tart shell, so that helps. And I love cream over the usual Pop-Tart sludge, so it all adds up to a pleasant experience.

Would I eat them over the ACTUAL cupcake they are impersonating?

Hm, no. I wouldn’t. The cream in those is just better. Lighter and less congealed. But these are a fine substitute. I’m not besmirching them, but as it is with Pop-Tarts, what they are trying to be so often falls short of the original article.

BUT if you ate cupcakes for breakfast, people give you the old side-eye! No one thinks twice about these.

You know… almost thirty Tarts in, and I wonder… does anyone eat Pop-Tarts for NOT breakfast? I, personally, find it abhorrent. I literally can ONLY eat them for breakfast. A Pop-Tart at 3:00pm? I THINK NOT, SIRRAH.

TASTE: A- : These are pretty good, but there’s something slightly… bitter or off with them? It passes. They are nice.

SHELL: B+ : Flaky, crumbles shell! So much better than stale pastry shell.

HO-HO’s: The single best Hostess treat. Better than these cupcakes. OH! I want Ho-Ho’s Pop-Tarts. But they’d just… be these, right? OH MY GOD IF THEY MADE DIFFERENT FLAVORS OF HO-HO’S? Ho-Ho Quest!

TOASTED-TO-UNTOASTED RATIO: 55% : Not as high as you’d think. Toasting these added to the “slightly off” taste I mentioned. But the cream really asks for it. It’s dealer’s choice.

These are the bottom-end of the top-tiers of Pop-Tarts. It might be a bit worse than Confetti Cupcake somehow, but… it’s close.

Sun Oct 13 , 2019
What is this, my…third consecutive DC book? And the two before this stretch were both independent books? I know how the internet works! Accusation of anti-Marvel bias is going to kick in any minute now!  Actually, throughout my history here, I have taken pride in maintaining something close to a […]