So when it came time for the Ghosts to sit down and decide–after the raging success of our Top Ten Sitcoms lists for September–what our October Article Series Challenge (actual name pending!) would be, the answer seemed obvious:

Turns out, that was always going to be a non-starter. Chad just doesn’t enjoy horror much in general, and Andy was fussy that he was already talking about so many horror movies over the course of the month in his solo articles. So we shelved that.

But if not monsters or horror movies then what? What else is October famous for?

Well, it’s Breast Cancer Awareness Month. Surely there’s no topic THERE that would be problematic or sexist to discuss! Pass.

Indigenous Peoples Day? Sure, that’s better, but it’s not like comics are so overflowing with Native American characters that our lists wouldn’t just be three straight repeats.

We eventually looped back around to Halloween and settled on candy. What are the best candies? It’s not like we don’t constantly discuss food on our podcast. It’s basically thematic for us at this point.

I’ll be honest… candy is a borderline passion of mine. I still eat candy like a nine-year who lives in a world where it’s Halloween every day. It’s a habit I’m TRYING to break as I approach the shadow of the 40th birthday, but damn it… healthy food is so damn expensive, and candy is so damn good.

My personal affinity is for the sour stuff, as you will soon know. I’ve always been a stan for sour candy, and as I have gotten older, more and more versions of it come out every year. When I was a kid, the options were limited, but now? The grocery store candy aisle is littered with sour variants of everything.

So how many sour candies made my list? Let’s tackle it and see…

These things have undergone way too many name changes for me to keep up, but I suppose they are currently known as SweetTarts Chewy Sours, which is the most unwieldy name yet. They are, essentially, very sour chewy Spree.

These almost didn’t make the list, but I have a backstory here, so I had to include them. You see, I was in college and had purchased a King-Size bag of these bad boys, and I was just going to town on them while I was writing. Minutes turned into hours as I was focused on my work… until I had the most curious thought: my mouth was starting to taste bitter and salty.

So I got up from my desk and looked in the mirror to find that MY TONGUE WAS BLEEDING from eating these!

I rinsed it off and went back to my work. And every few minutes, I would–absent-mindedly and like an idiot–go back to popping them in my mouth. No regrets!

Is there… why do the eggs taste ever-so-slightly better than the regular Cups? The chocolate is creamier, the peanut butter is fluffier… but how? It doesn’t even make sense.

I’m sure it’s all in my head. It HAS to be. But the eggs, man. They are exceptionally great.

Peanut Butter Cups in general are great, actually. You want a surprise? Try the Butterfinger version of them. They are also delightful, with a different, crunchier consistency to the peanut butter filling.

But, alas… no egg version there. So Reese’s it is!

This is such a basic bro choice, but I really do buy these a lot. Haribo makes a LOT of great gummies, from these to the Twin Snakes to the Sour Streamers to the Happy Cola. You could really insert any Haribo treat here. I probably buy the gummy bears more than any others, though, just because they are always the most readily available.

They are sweet, and there is a little bit of fight to their chew so you can enjoy them a bit longer on each bear. Pretty much all of the flavors are at the very least fine (lookin’ at you, green), and really… gummy bears are just a classic treat.

The second best candy bar on the planet (we’ll obviously get to the top of Mount Bar in a few entries), Milky Ways are fantastic. I’ll be honest… I don’t really care for peanuts in my chocolate. It throws my whole chew off when the consistency changes from bite to bite, so any candy bar or chocolate treat with nuts in it is pretty much right out the window. Snickers just don’t do it for me.

Milky Way, luckily, doesn’t struggle with this, as every bite is fluffy and gooey. The filling is dreamy and the chocolate is really good. Just a great ‘bar.

I don’t really have a specificities brand here because Truffles are generally just pretty fucking delicious, but for the sake of being specific, let’s say… Godiva. But who cares? Truffles are positively divine, and it’s absolutely ludicrous that they share a name with friggin’ mushrooms. MUSHROOMS. Know what the difference between mushrooms and chocolate is? LITERALLY EVERYTHING.

These perfect little chocolate treats have an exquisite taste and texture, and they come in a huge selection of flavors. You can get dark chocolate versions, white chocolate, peanut butter filled, raspberry filled, and the list goes on and on and on.

As a rule, I prefer the sour version of anything to its base form.

The thing with that is that a lot of times, the sour version of something is basically just some new flavors and a slight bit of tart added in. See; Jelly Belly beans, Laffy Taffy, Now & Laters, etc.

Not Skittles, though! These are for seasoned sour candy vets ONLY. These babies have a PUNCH to them that I appreciate from the bottom of my heart. They saw the trend of sour candies rising up and said “You want sour? We will GIVE YOU SOUR! More sour than you can handle!”

Also, the sour powder? The stuff that accumulates at the bottom of the bag when you are done? Try downing that sometime. Your ANCESTORS will taste it. 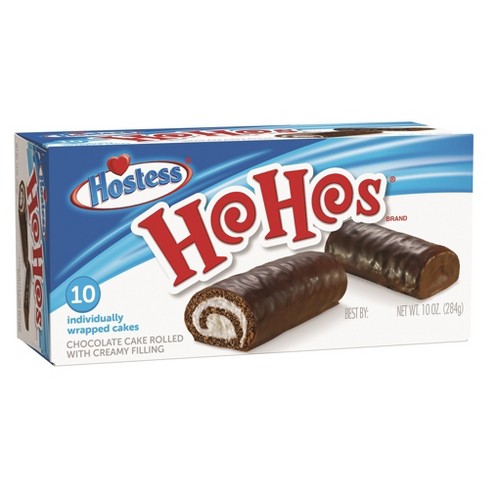 THIS IS VERY IMPORTANT!

Look, I don’t know why it is, but Swiss Cakes Rolls taste dramatically different from HoHo’s. HoHo’s are a tremendous, deep chocolate cake treat with a delectable swirl of lovely cream hiding inside. Swiss Cake Rolls, conversely, are an abortion. The cake tastes like puke and the cream is low-grade trash. DO NOT EAT SWISS CAKE ROLLS. They will let you down every time.

You know what won’t let you down?

Also… am I alone in ripping HoHo’s apart at the creamy “seam” and then unraveling them to eat in pieces? That can’t just be me, right?

Yeah, it’s not the cream egg; those are a bit too pungently sweet for me. There are better versions, like the caramel-filled egg, but even then, the messiness-to-taste ratio is just a bit off where I’d want it to be (AND, I have the next entry on my list which is essentially the same thing by, the same company).

These mini-eggs are so snackable. They are bite-sized and decently priced, and their only shortcoming is their limited availablity. But Cadbury just knows how to do chocolate better than any company that isn’t top-shelf in price, and even the hard sugar shell on these little guys adds much more than it takes away.

Love these. Wish I could eat them year-round.

But the thing is, caramel can be so damn tricky, as I mentioned in an early Pop-Tart Quest. Buying el cheapo candy-grade caramel isn’t often that good. Have you tried Caramel M&M’s? Pretty gross!

Not so with the greatest candy bar in human existence, the Caramello, though! This is some plus-quality level caramel, all wrapped up in that aforementioned Cadbury chocolate. It’s the caramel to which other candy caramel is measured!

There was never any doubt; it was always going to come down to Sour Patch Kids.

These bad boys are the godfather of the sour candy movement, and they are with us to this day. They are the perfect combination of sour and “but-not-too-sour”, and the gummy dudes underneath the sour powder and good, too. Also, they have come with several variations on the theme in the last decade, including hot, tropical, extreme, and more. They even improved on the basic flavor with their Freeze Lemonade flavors!

If you are an SPK fan, but you haven’t tried those, get on it; they’re great.

And that’s my Top Ten. As usual, before I settled on ten, I started off with an extensive list I had to whittle down, and this was no different. I took a starting point of THIRTY down to this ten! What were some that finished just outside the qualifiers?

Hershey Cookie and Cream bar – All Hershey Bars are great, but these are especially good.

SweetTarts Jelly Beans – The very best jelly beans there are, and luckily, the Dollar General has them all year!

Warheads hard candy – Hard candy in general is a bit annoying, but these are so good.

Thu Oct 17 , 2019
Hey gang! It’s Andy Larson, back again for another one of these great multi day debates that we are holding around the GotS offices, on some randomly selected easy relatable pop culture conversation nugget. Last month it was sitcoms in honor of the beginning of the new TV season. This […]