As I write this, I am about a week removed from having a surprise appendectomy.

It’s weird how your body can just turn on you. I’m not here to say it’s a terrible thing compared to what a lot of people go through, but waking up at 3am because you are suddenly in a new pain you never felt before and being in surgery by 9am over it is nuts.

Like I said, there are people dealing with major health issues every day, so me taking time out to talk about my wimpy appendix is awfully self-serving of me, but, well… it’s my article and this is all I have to open with this week!

I really kind of resent my body. I don’r drink alcohol (or hell, even caffeine). I’ve never done a drug. I exercise regularly. But in the last few years, I have had: my appendix tap out on me, a seizure out of nowhere, a weird heart episode thing where my whole chest was shaking, and a nosebleed the night before my wedding that was so severe I ended up in the only E.R. on the Grand Cayman.

I seriously might as well start doing coke. It’s not like my body could betray me much more!

Well… I could probably at least DRINK a Coke. Baby steps. 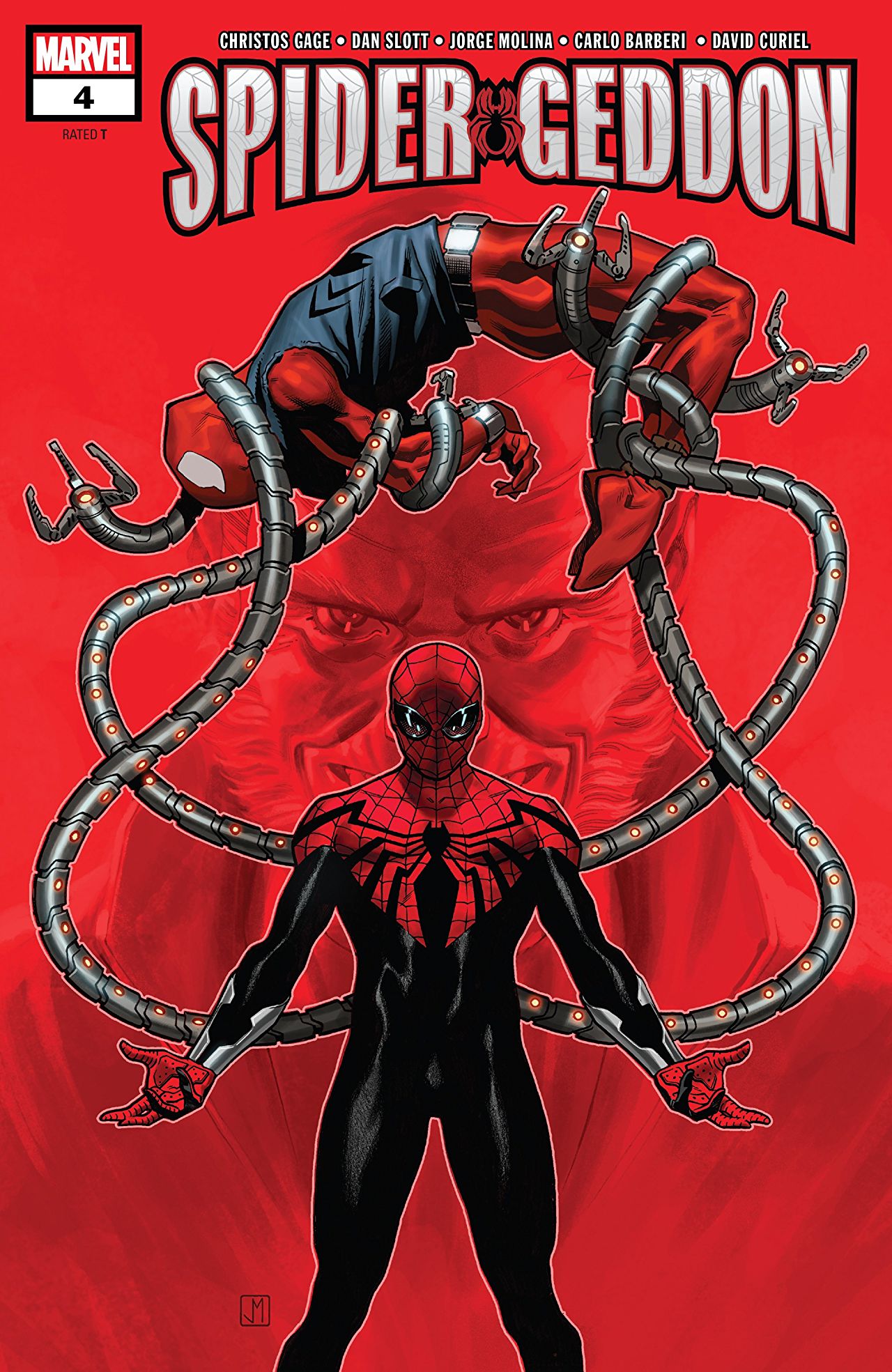 If there was ever a comic book character whose picture should be found in any article detailing the Law of Diminishing Returns, it is the Spider-Man villain Morlun. He started off as an interesting, intimidating, mysterious villain whose powerset was more than what Spider-Man had previously been used to. He had a great introductory story that concluded with his death at the hands of his strange toadie, Dex.

Comics being comics, however, he was revived without explanation a few years later to be the impetus that would cause Peter’s transformation after death. This appearance didn’t have the magic of the first, but he was still a cool cat. It, again, ended with his death when a transforming Spider-Man devoured him.

Morlun would bop around a bit in minor roles across Marvel before returning to prominence in Spider-Verse where, all of the sudden, he would have a whole dimension-hopping family of Spider-Man eaters. Okay, I guess? They would be defeated, but it wouldn’t be long before they’d return…

Spider-Geddon is the storyline in which Morlun’s family—The Inheritors—would escape from the radioactive wasteland Earth on which they were imprisoned and become a nuisance yet again. It’s very much a sensation of “Oh, this again”. Morlun by himself was a quality character who maybe was never going to relive his initial glory days, but could have been a great addition to Spider-Man’s rogues. The Inheritors just feel like pointless retreads.

Spider-Geddon focuses much less on the Peter Parker of the 616 universe than Spider-Verse did. Here, the core protagonists are Otto Octavius (reclaiming the Superior Spider-Man costume and role), Miles Morales, Spider-Gwen, and other Spiders. Most notably, the Peter Parker from the PS4 video game universe is brought into the fold as a sort of protege to Otto, which makes sense given his dynamic with his universe’s Dr. Octopus.

Miles and Otto have a falling out over whether to kill The Inheritors once and for all—Miles obviously refuses to, but Otto points to their escape as proof that no less is required—and each take up a group of Spiders loyal to their cause. As the series concludes, they find a solid midway point on which to agree, and Miles is possessed of the Enigma Force. Thus, The Inheritors are defeated.

Meanwhile, the door is left open for future villainy at the hands of an alternate Earth Norman Osborn and his new henchman, Spiders-Man.

Man, Morlun, what did they do to you?

From an ages-old vampire figure who drains life from animal totem beings to this weird inter-dimensional crew… that’s certainly not a turn I ever saw coming.

First, the good: Jorge Molina’s pencils are terrific. He’s a great artist with a fun style that fits the fluidity of the Spider-Verse characters incredibly well. Absolutely no complaints there.

Also, with Octavius as the central character (more or less) of the series, Gage really gets to play around with the line he walks between his classic villainy and his more modern designs on heroism. Spider-Geddon made Otto a fascinating character to me… at least as much as Superior Spider-Man did a few years back. It made me continue to hope that Superior Octopus sticks around and isn’t thrust back into a pure evil role like others have been (Dr. Doom recently, after his heroic turn as Infamous Iron Man).

Past that, this story was written well enough by Gage, so I can’t really fault him… I just don’t care about The Inheritors. They have always felt like a goofy idea and like they were shoe-horned into Spider-Man’s mythos just for the sake of plot convenience. Gage makes the characterization and the specifics worthwhile, but the basic idea was thrust upon him by inferior Spider-writers of the past.

A universe-hopping Morlun family just feels like such a bastardization of what Morlun originally was. Seriously, read Straczynski’s first Morlun story and then read Spider-Verse. It doesn’t even read as the same character. It’s such a wild turn. You might as well replace Morlun in Spider-Verse with, say, Demogoblin. It certainly wouldn’t be any more ill-fitting!

And that’s what the biggest issue was. Spider-Verse was a reach of a story that never felt necessary. Spider-Geddon is just a continuation of something that wasn’t ever needed. I like the idea of all the multiverse Spiders getting together, but The Inheritors just come across as a bunch of indistinguishable rip-offs of a once-proud villain. I’ve read both series now (and JUST read Spider-Geddon), and if you pushed me, I don’t think I could name a single Inheritor other than Morlun. They’re paper characters. How sad is that?

Talking Point: What villain besides Morlun came in like a house of fire, seemed destined to shake up the status quo for years, and then just fizzled into mediocrity or absurdity?

I’m going slightly on the plus side of average. Gage and Molina honestly do an excellent job on the execution, but the idea behind it all is weak. I’d like to see what else both talents could do on another book, but this was just bogged down from the start.

Thu Mar 26 , 2020
Hey folks! Andy Larson here, the host with the most of the Ghosts of the Stratosphere podcast and clubhouse chairman of the ever increasing online community devoted to all things comic book and pop culture, Ghost Nation. Yes, that’s the name we give around the GotS offices here to any […]